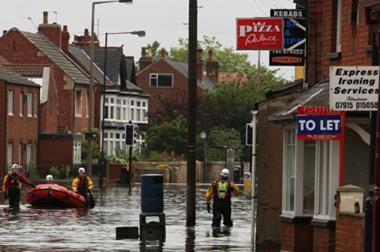 Esure underlying profits fell 1.9% to £45.6m and group combined ratio worsened 3.9 percentage points to 99.2% amid a hit from the June weather claims.

The Reigate-based insurer said the June rain deluge meant claims were £3.3m ahead of expectations, compared to a benign period in the first half of last year.

However, reserve releases in motor diminished by more than half, from £30.4m to £13m.

Esure also cut its dividend 29% as it looked to preserve capital from Solvency 2.

Esure has been the subject of takeover speculation since it announced in June a strategic review of Gocompare with a view to a possible disposal. Private equity firm KKR was reported to be interested in buying the whole group, and founder Peter Wood was said to be considering selling his 30% stake.

Esure chief executive Stuart Vann said: “It is also pleasing to be reporting an underlying profit before tax of £45.6 million, despite the adverse weather events in the first half of the year.

“In Gocompare.com we have delivered excellent revenue growth of 22% and continue to drive the business forward through improved marketing, a strengthened management team and focus on a wider product offering.”