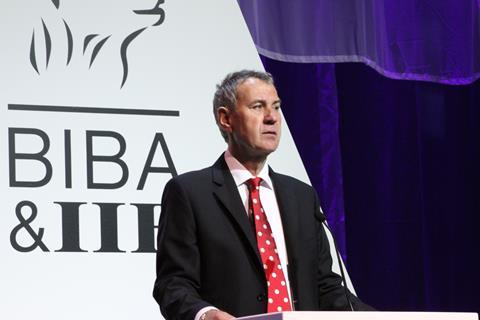 Andy Homer has stepped down as Biba chairman after two years in the position.

The announcement today by the British Insurance Brokers’ Association (Biba) chairman follows a board meeting.

Homer, who was previously chairman of the Motor Insurance Bureau and president of the Chartered Insurance Institute, said: “At today’s board meeting, I have notified the Biba board that I will be standing down with immediate effect.

“After two years in the role, the time is right pass the baton on to someone else.”

“I would like to thank the staff, executive team and board at Biba for their support whilst I was chairman and wish them all the very best for the future.”

Biba chief executive Steve White said: “Andy is a well-known and well liked figure in the industry after holding a variety of senior positions across the industry over his successful career.”

“We are grateful for the service he has given in guiding Biba, not least during the association’s strategic review, and he departs with our best wishes and thanks.”

Biba’s board will now consider the appointment of a new chairman and a decision is likely to be made by the end of the year.