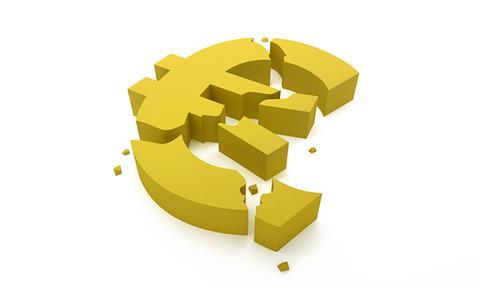 A break-up of the eurozone would be “highly damaging” to countries that leave the euro as well as those left behind in the currency union, says credit insurer Atradius.

In its latest economic report, Sticking together - The future of the eurozone, Atradius said the cost of a breakup would include an exaggerated decline in gross domestic product, currency devaluations and inflation in any country that left the euro.

The tight economic and financial integration would mean those countries remaining in the currency union would also face severe consequences, Atradius said. The insurer predicted a large knock on effect for the UK in the event of a break-up as a result of the damage done to EU export markets.

As a result of the predicted turmoil, Atradius believes a eurozone break-up is “highly unlikely”.

“Though the road ahead will have ample obstacles, the financial implications of a eurozone breakup would be worse,” Atradius said. “Atradius believes that the severe consequences of such an outcome provide significant incentive to support the sticking together of the eurozone.”

Atradius chief economist John Lorié added: “We believe that politicians will bring the crisis sufficiently under control in incremental, perhaps grudging, steps. In the meantime, there are potentially worrying consequences for any British business which is reliant on a robust European economy for export trade.”

Lorié said the European Central Bank will continue to supply the necessarily liquidity to the banking system. Consequently, tensions in the interbank market are expected to slowly recede and financial market conditions to stabilise,” he commented.

However, he added that a recession in the eurozone, while mild, “seems inevitable in 2012”.

The insurer rating cuts were prompted by S&P’s downgrade of nine of the 17 eurozone sovereign ratings at the end of last week.