Fraud Charter – what they say

Greater public awareness and a cultural shift in attitudes is needed, our experts say 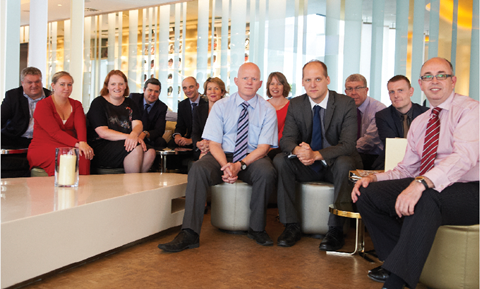 IFB director Phil Bird said that the Insurance Fraud Enforcement Department (IFED)’s concentration on low-cost, high-volume fraud was a key starting point from which to build public recognition of the service.

“Police work comes along in splurges and in very different shapes and formats,” he said. “As an industry we have to begin to understand that, and I think we sometimes look too simplistically at what IFED does, or in far too great complexity. So inevitably, the stuff that we tackle with it is the organised crime approach. We have to break it down into bite-sized chunks.

“At the moment, it is settling down. I think in 12 months’ time, we’ll reflect on IFED and think that it’s one of the best things we’ve ever done, because it’s actually doing something focused on our industry, and we’re not relying on the normal police forces, which will always have a million and one different priorities. Once it’s settled down, we’ll look back on it and think it was money well spent.”

AXA Personal Lines head of counter fraud Steve Gaywood said that the industry had some difficulty in repri­manding fraudsters, as they would make subsequent complaints.

“In my experience, we’re in this situation mainly because of the fairly pivotal role that the Financial Ombudsman Service plays in this. My concern is that we can end up with a situation where you have proven evidence of intent to defraud at the application stage - that’s where there’s a significant opportunity to put volume into the system - but actually if you report that and share those details then you’re not supported.

“This creates an imbalance and the wrong message just at a time when I see the Insurance Fraud Register as one of the biggest opportunities we have to get the deterrent there, and the education, and to start interrupting some of the behaviour.”

People need to be made more aware of the effects of fraud, argued DAC Beachcroft partner Antonia Ford. “Fraud pervades all forms of insurance,” she said, “and if you think like that on your holiday insurance, then you’re going to think like that on your motor insurance and your household insurance. So there is definitely an education piece required to pull together understanding that actually it isn’t a victimless crime, it is costing people money and it could mean that they’ll never be insurable.

“In fact, when people were asked what was the biggest deterrent not to commit insurance fraud, it wasn’t that they could end up in prison, or with a massive fine or a criminal record, it was that they might find that they could never get insurance again.

Ted Sheils, Keoghs:
“There’s a link between opportunistic fraud and organised fraud. If someone gets asked whether they want to be a witness for a staged accident, or be in the back of a car for a grand, then that’s a level of opportunism that isn’t the standard level of opportunism, like someone who spilt wine on their carpet and thought they’d better say that something else happened.”

Chris Aplin, Cunningham Lindsey:
“There’s an attitude out there that fraud is socially acceptable. Yes, great stuff is being done on application fraud, but all the while people are fraudulently misrepresenting the circumstances of a claim event and are exaggerating their loss. Those are the things you are never going to spot at point of sale. So you’ve got to change the culture and the attitude. If you want results then you have to do something different.”

Paul Holmes, DWF:
“IFED is definitely money well spent. The fact that it’s simply there is a deterrent. In fact, when you call a client’s solicitor and say “we believe your client’s a fraudster, we’re going to refer this to IFED”, you can almost feel the chill wind coming down the phone, and they don’t want anything to do with it, so that’s definitely a factor.”

The Fraud Charter advisory group aims to facilitate the sectors within the industry to:

The end product of the project will be a final ‘charter’, which will be presented to a range of stakeholders in November 2012.