Innovation blog: InsTech 2016 - when the rubber hit the road?

It’s difficult to say what the future holds for InsTech. But insurers must get involved in order to keep up, says COO of Charles Taylor Managing Agency, Paolo Cuomo 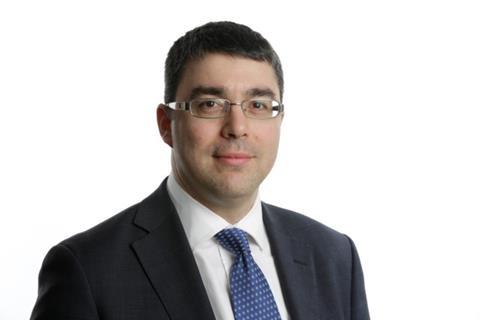 Some are calling this the Goldilocks period for InsTech. 18 months ago not enough was happening; in a year’s time so much will be happening it will be hard to keep up. As for now the level of activity is just right: enough to get one excited but not quite overwhelming.

At the end of March, the InsTech London group celebrated its first birthday. This coincided with an invitation for 20 InsTech entrepreneurs to 10 Downing Street for a roundtable discussion on the impact of technology innovation in insurance.

Such a round table would have been unimaginable a year earlier, and is testament to quite how much has occurred in the insurance technology space (variously referred to as InsTech, InsurTech and InsureTech) in the past year or so. What is exciting, or concerning depending on your view point, is that the rate of change continues to accelerate, with the number of start-ups growing, the number of new technologies being brought to bear increasing, and the volume of conversation, events and management time showing unfaltering growth.

For a near desert InsTech landscape in 2014, we’ve moved to a situation where there are half-a-dozen dedicated incubators, 850+ ‘insurtech players’, double-figure dedicated InsurTech conferences, an entire London Market TOM workstream, 1000+ members of the InsTech London ecosystem, multiple newsletters, blogs and MeetUps and no end of excitement.

Notwithstanding all of the above, a straw poll of insurance staff, whether in Norwich, York, EC3 or Glasgow, as to ‘what does InsTech mean for you?’ would see blank faces from most. But those who have engaged would get it! Most of the rest would not even be aware that they are unaware.

How does tech change things?

There is ample argument around whether an incumbent insurer simply making better use of digital channels is true change. And there is a grey area. But simply put, if a company is engaging with technology to differentiate itself (or be avoid being left behind) then it’s part of this. At one end you might have machine-learning analysis of satellite imagery estimating multi-million cargo losses, at the other it could be the use of emotion-sensing IVR technology sending a caller to the optimal call-centre employee. Part of the excitement of the current wave of change is people identifying how new and old technology can be brought to bear in new ways. However as people daintily start to enquire, it is important to avoid overloading them. As part of the InsTech 101 education programme we pick just seven technologies using the TRAMBID mnemonic.

TRAMBID refers to Telematics, Robotic Process Automation (RPA), Augmented Reality, Machine Learning, Blockchain, Internet of Things (IoT), and Drones. We’ll be digging into each of these in more depth over the coming months through the instech.london website. The exact how and when each technology will make an impact only time will tell, but it is not hyperbole to say that between them the approach and execution of insurance will be fundamentally different in the medium-term future.

When I wrote the first draft of this article most people didn’t know what Argumented Reality was. Now all I need to say is Pokémon Go!

What has triggered this sudden increase in tech-driven change? At Charles Taylor we view it as a combination of six different drivers, three on the supply side and three on the demand side. On the supply side we see entrepreneurs and VCs wanting to expand beyond core FinTech; we see tech suppliers looking for ways to differentiate beyond simply software; and we see the general growth of new tech across all industries, with people buying drones for their children and smart meters for their homes. On the demand side, as underwriters start to write cyber risk, drone PI and autonomous vehicle D&O, they need to better understand the new tech; as the ‘big data’ hangover comes to an end. Chief data officers are quietly making another push for data-driven insight, often linked to cognitive computing tools; and the increasing press coverage of FinTech, Unicorns and ‘uber-isation’ of industries means executives are becoming more inquisitive.

What does the Board need to do?

The inevitable question that comes up is “how do we squeeze yet one more item on the board agenda?” We’re already focused on the challenge of rates, increasing regulation, fraud, and uncertainty about Solvency II; there’s simply no space for ‘technology’. My answer is that no-one should deal with tech as a board agenda item. Instead, technology should be pervasive in the answers to the other questions – how can machine learning help spot fraud, how can robotic process automation support the sanctions checking process, how can Internet of Things data allow smart pricing of cargo risks and so on. It is those companies that fail to embrace technology now that will have it as board agenda item number one in five years’ time. And by then it is probably too late.

Of course there is a question as to how much will truly change: is this really the next wave of Schumpeterian disruption in insurance, or simply a slightly over-inflation reaction to some new technologies that will just continue the trend of main-frame, desk-top PC, mobile communication, internet, smartphones? Turning to the FinTech space may not always give the answers we’re expecting. A senior incumbent banker recently said to me “FinTech has had no meaningful impact on banking”. Will insurance incumbents with that view end up as Kodak or Blockbuster, or will those that invest heavily in tech now struggle to demonstrate value from those investments? The answer is far from clear, but as individuals we need to make sure we’re as equipped as possible to help our companies workout what next.