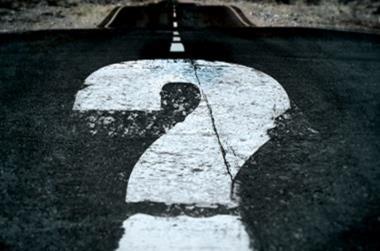 The ’rise of insurtech’ – a name given to conferences and research papers in the past year alone – has been historically positioned as an unstoppable force meeting an immovable object. Pugnacious start-ups vs. entrenched insurers. Insurtech vs. institutions.

Self-perpetuating media hype, something the start-up community – led from Silicon Valley – has done particularly well, is now bashing heads with the perceived oil tanker that is the insurance industry, the last great untapped innovation well.

But this portrayal does both incumbent and entrant a grave disservice. The reality is that the two elements have more in common than they do apart, and they likely always will. And the past year emphatically proves the point: collaboration, not obfuscation is the future.

Here’s a look at five of the most prevalent insurtech myths.

1. Disruption is already a thing
Rapid change is afoot. Emerging propositions, products, capital, talent, and the associated hysteria that comes with a burgeoning start-up scene are all present and accounted for, but the industry is yet to experience disruption. Some commentators go further still, saying it quite possibly never will – at least in a literal sense. Not all innovation is disruption. But terms such as these are have been used interchangeably, fuelling unrealistic expectations.

What insurtech undoubtedly is, is a thing. And it’s moving into, if not very much already in, the hype phase. Disruption, however you define it, is still a speck on the horizon. But no one can justifiably question that speck isn’t there, and it’s getting bigger. And that’s the point.

2. Disruption is a threat
Pick a report and you’ll find doomsday projections: 20% of your top line, 20% of your bottom, four in five chief executives pondering insurtech-driven change while crying into their cornflakes. All these may be true, but it’s also at best half of the story. While some will challenge the status quo directly with new customer-centric or mutuality models, or technology that reduces the need for certain cost-heavy business functions, the interface of insurtech and incumbents is one of partnering and sharing for mutual gain.

Value can be created, and that value is not always forseeable. The cake will grow, and there should be an ample slice for most, even if its relative size may fall. It’s still a bigger cake. And the proof is in the pudding, as incumbents rush to make peace and merriment with startups and their accelerator mentors. In some cases, undoubtedly for some incumbents, embracing innovation and disruptive language is a marketing play. But that too is perfectly acceptable, and part of bringing the sector into the 21st century. And for the persistent naysayers, it’s still better to know your enemy by getting closer to him.

3. Disruption is about distribution
It may prove to be where the impact is first felt, but it won’t be where real transformation happens. And it’s increasingly not where the investment is heading. While there are a myriad of intriguing and well positioned players in this space, with shiny logos, front ends and growth-hacking strategies, the distribution players are exploiting an opportunity caused by a systemic lack of digital innovation from insurers and brokers.

In a sense, it is not dissimilar to what price comparison sites did in the early 2000s (and Direct Line before them); they found efficiencies within an existing model (data and pricing aggregation), framed it within a user interface that was relatively easy to use, and built their marketing around trust and transparency. The new emerging class of insurtech players with mass market business models find it imperative to be seen, and they are doing a fine job so far in stealing the media limelight. At the same time, the industry appears to believe more easily what which it can see – and in the case of customer touchpoints, both the application and the implication is as clear as it comes.

4. Disruption will come from outside the market
While it is typical to see an initial wave of start-ups from adjacent sectors, not bound by traditional constraints, increasingly founders are coming from industry. Increasingly too, industry expertise is being called in. Even the media darling of insurtech start-ups, Lemonade, brought in a veteran underwriter as one of its first hires. The subsequent clamour made around behavioural science is as much a reflection of astute marketing and brand building as it is of business importance.

Arguably, the more compelling point is the nationality and gender of the insurtech community, with foreign nationals accounting for more than half of total UK insurtech founders, and women founders and employees bucking the male-dominated industry trend. Talent is undoubtedly finding its way into the insurtech sector, as entrepreneurs pivot from other sectors that are already colonised. But as with those other sectors, the model is to utilize talent and experience from within to avoid pitfalls. This is the accelerator model. It doesn’t have to mean you’re bereft of transformational ideas; the challenge instead, more often than not, is a regulatory one. Finding avenues to develop and exploit insurtech is what incumbents are focusing on, and testing out.

Increasingly, studies are showing that innovation cultivated within the incubator or accelerator contexts, with incumbents playing a key role in lending expertise, access or capital, is the optimum blend for developing and new technologies and models. Some of these businesses are indeed from adjacent sectors, but their impact will likely be smaller than businesses focused, at least initially, on insurance.

5. Insurtech is following fintech
It’s the neatest, and probably the most defendable, myth on this list, but it’s still something of a misnomer.

Depending upon to whom you talk, the lag between fintech and insurtech is three, five or even ten years. This suggests that the question of what fintech is, or how the wave is being tracked, differs depending on the commentator.

Some say that insurtech, now effectively established, is accelerating at a greater rate than fintech at the same point in the curve. Others say that the comparison is pejorative, and unfair: Though fintech is also characterised by partnership with incumbents, that has happened at a later point in the journey, and there is more proportinate evidence of direct disruption of existing models and channels in the banking sector. In insurance, with a more varied value chain, the move to collaboration and evolutive models means the we are talking about an different wave, which will break accordingly. Most commentators agree that insurtech, though it has taken time to build, has greater potential than it’s big brother.

As a point of reference, the fintech/insurtech paradigm it has enormous value – not least because many of the start-ups within the frame can carry across both – but the pattern of development should not be assumed to be identical.