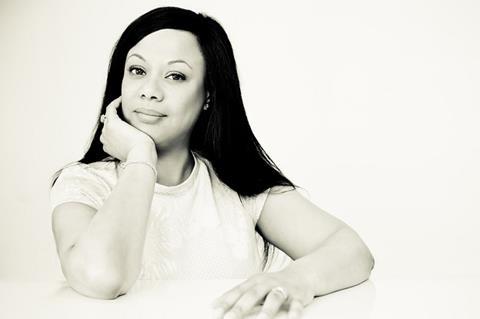 In the shadow of Tower Bridge stands Rainmaking Loft. It is an appropriately named place for Sabine VanderLinden, managing director of Startupbootcamp InsurTech (SBC), to call work. She is charged with making the weather in UK insurtech: spotting and developing the trends and the talent that will revolutionise the insurance industry.

Based on the programme’s track record in its first 18 months, this Frenchwoman is succeeding – and with characteristic gallic flair. Embedded within her cohort of 11 insurance start-ups, VanderLinden coolly switches between clinical intensity and playful gesticulation, as if pitching to a potential VC, or participating in one of SBC’s wine-tasting socials.

“The question is: how can insurers become more relevant?” she exclaims. “People have 1.4 interactions with their insurer per year. They need to look at the whole equation differently.

“We often talk about millennials, but this is more than millennials. It’s about the simplicity and relevance of interaction, when I need it.”

VanderLinden knows a thing or two about building businesses. Having started her career at Lloyd’s, she spent six years with IBM, then headed up market strategy and propositions for SSP. She later joined start-up Erudine as chief customer officer before founding her own innovation consultancy. She was a mentor with SBC before taking the top insurtech job.

We’ve seen thousands of start-ups. We’ve seen what worked and what didn’t. Some of our partners have done great things and have been empowered by their business leadership to make those small incremental changes.

Despite the impressive CV, VanderLinden doesn’t quite fit the typical business leader mould. But that’s precisely the point: the essence of SBC is doing things differently. Imposing yet approachable, she revels in the challenge of creating value; something she describes as ‘matchmaking’ or ‘synthesizing’ start-ups and insurers.

Like most insurtech luminaries, she emphasises collaboration as the market’s key trait.

“You will always find 80/20: 20% of startups are going to be disruptive. They are more likely to come from the US, where investment is easier to find.”

“The pattern is moving from product to service and software-based offerings,” she continues.

“This is when start-ups become interesting because they often come with sophisticated digital capabilities, able to help mature incumbents dabble.”

“$680bn has been put into R&D investment for innovation by the top 1,000 companies. You have the usual suspects: Google, Apple and Tesla. 3M put 6% of their revenue into innovation. That’s $1.7bn.”

Total insurtech investment in 2016 was the same figure. It takes enormous sums to buy innovation outright; a better option for insurers is to sponsor it outside the corporate confines.

What is the position of the insurer of the future? Are we co-branding or white labelling? Or are we just becoming an underwriter or capital provider? These are questions insurers sometimes don’t want to hear.

“Insurers don’t need to start doing things from within, or reinvent the wheel,” says VanderLinden. “With start-ups you can deliver amazing value and transformational outcomes.”

Incumbents have realised they can no longer hide.

There is a second stage to the process which could prove transformational.

“[Start-ups can] help with cultural and mindset change – if corporates can learn to be more like them. Instead of doing massive projects, start with small bets, iterate, then move on. You’ll drive far more change.

“We’ve seen thousands of start-ups. We’ve seen what worked and what didn’t. Some of our partners have done great things and have been empowered by their business leadership to make those small incremental changes.”

Operational philosophy aside, there is an urgent business reason to innovate. “Insurers need to look closer to home to try and increase their top line because their core businesses are not making money.”

It is here that the nature of the perceived threat becomes most explicit.

“1% of companies in banking and insurance effectively go bankrupt each year – and it’s because they’re not responding to market needs.

“Maybe the relationship you have with the customer may not start with the insurance product,” she says. “The future might be – and we’re not talking two or three years – a more complete offering which starts where someone has a need, or makes a purchase and the insurance is wrapped around it.

“What is the position of the insurer of the future? Are we co-branding or white labelling? Or are we just becoming an underwriter or capital provider? These are questions insurers sometimes don’t want to hear. ”

SBC connects its 26 partners with their start-up network across the globe. Already active in 13 countries, insurtech is the most partner-engaged of all SBC programmes. It spent around 10,000 hours supporting the latest cohort, and its alumni have already raised over $100m.

“We want to do more,” VanderLinden says. “Growth opportunities for us may not be here,” she adds, eyes mischievously sparkling, “but in other markets. We looked at start-ups from 60 countries in 2016; we want to do 100 this year.”

How, in such a rapidly evolving landscape, and on the receiving end of hundreds of emails every day, does she stay focused?

“Ask my team whether they think I’m focused. I enjoy what I’m doing. I love meeting interesting people, seeing interesting business models and concepts. I feel privileged to work with our partners — some of them are here today,” she says, motioning toward the glass.

“But at the end of the day you have to trust your team. Without them I probably couldn’t sleep.”

We often talk about millennials, but this is more than millennials. It’s about the simplicity and relevance of interaction, when I need it.

She gets by on five hours during the week, and 10 on the weekends. Is there at least an opportunity between classes to take a breather? Hardly. As one startup graduates, scouting begins for the next.

“Match-making between those two worlds keeps the adrenalin going,” VanderLinden concludes, before breaking out into laughter. “When the bootcamp is finished, we all crash and go on holiday for two weeks.”

It seems unlikely, however, she’ll need more than a couple of days.

Sabine VanderLinden will be appearing at Insurance Times’ Innovation & Disruption 2017 on May 23rd. To buy your tickets, click here.

The latest SBC cohort demo day took place last month. Click here to learn more about some of the cohort. 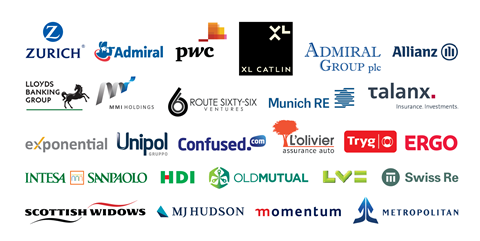