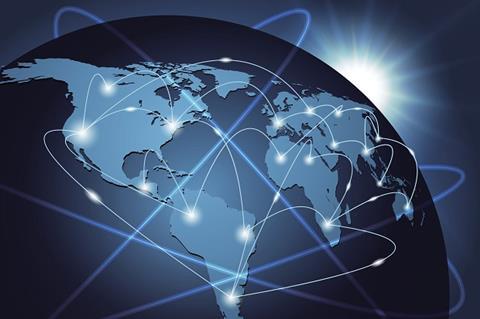 The real disruptors of the insurance industry – big beasts with the capacity to alter the landscape fundamentally – are circling the herd.

The GAFAs – Google, Amazon, Facebook and Apple – are getting ready to flex their virtual muscles in the emerging digital insurance world.

Apple recently announced a collaboration with Cisco and insurers to offer discounted cyber cover to its customers; Amazon has moved into financial services offering small business loans; and Google has talked about distribution with Lloyd’s.

These global data giants have huge scale, deep pockets, trusted reputations, and lofty ambitions; but most importantly, they have access to vast reservoirs of personal data on literally billions of potential insurance buyers.

Where you can start to utilise big data practices and feed these into a seamless, personalised customer experience – here will be the differentiated winners” - Roy Jubraj, Accenture

In the short term, their involvement in the industry could be limited to distribution, as seen in Apple’s venture into cyber cover. And the easiest route into that would be through “embedded” insurance, providing cover for their own products or the products they sell through their marketplaces, with the insurance tailored to the customer’s personal data – and ultimately, their needs.

“An embedded insurance product is relevant because the buyer easily understands what it is for,” says Florian Graillot, senior associate at AXA Strategic Ventures. He cites Tesla, which sells insurance embedded with its cars, as a prime example.

With distribution channels potentially redirected through these big four players, whose vast buying power would give them access to the best rates from capacity providers, insurers will face new challenges.

“What it might do is force insurers to have more segmented propositions for different needs. Are they wired for that today? Whether it’s through product structure, platforms, or how they’re financially set up as risk pooling businesses.”

Attacking another major insurance friction point, claims, is already well underway. Google, for example, through its smart sensor technology has deep knowledge of what can prevent claims, and that insight could impact underwriting. Instead of wholesale disruption, Jubraj says, this is known as compressed disruption, “where the value chain starts to get eaten into. Often you do not realise it until it’s too late.”

The GAFAs have the ability to move more cohesively and with fewer constraints than incumbents.

“Where you can start to utilise big data practices and feed these into a seamless, personalised customer experience – here will be the differentiated winners,” Jubraj adds. “The tech guys will be more astute in doing that, because they’re doing that for their core.”

I would be surprised to see Google and Facebook directly entering the insurance market any time soon, but I would expect to see more insurtech players building on top of the data and infrastructure provided by the tech giants” - Dan Cobley

Historically, insurers have held the cards on data, but they’ve been overtaken by the digital giants, who understand customer behaviour better than anyone through their ubiquitous operating systems and platforms.

What they have to do now is commercialise that insight, says Jubraj.

Licensing data tools or selling insights could be one option. The GAFAs may be happy to take a back seat – and a low-maintenance cut of other companies’ business – capitalising upon their distribution and brand propositions.

Some commentators, however, have their doubts – although they are of when, not if.

“I would be surprised to see Google and Facebook directly entering the insurance market any time soon, but I would expect to see more insurtech players building on top of the data and infrastructure provided by the tech giants,” says Dan Cobley, fintech partner at Blenheim Chalcott, and former managing director of Google UK.

The possibilities may be clear, but what are the challenges for the GAFAs of delving further into insurance?

The first is focus. Jubraj says Apple considered options for “taking over and driving the insurance proposition” for their hardware, but decided to remain focused on product design.

Remember the companies that have the most important amount of data are not the insurance companies, and are not under your regulation: Google, Apple, Facebook” – Florian Gralliot, AXA Strategic Ventures

Regulation is the second obstacle – especially in the event the GAFAs pursue more complete insurance solutions. This may not be appealing, says Andy Rear, chief executive of Munich Re digital partners.

“On the other hand, if you do want to own claims, you’ve bitten off a lot more than selling a product through data. You’re building a long term proposition with your customer and inevitably with insurance, you have pain points.”

Of course, we’ve been here before. In 2011, Google bought price comparison website, BeatThatQuote. But it didn’t turn out well. Google Compare made a post-tax loss of £9.4m on revenue of £7.4m in 2013. In March last year, the company shuttered the business.

“Some companies tried to crack the cost of acquisition and didn’t manage to do it,” says Graillot. “You have the same issue in fintech with players only doing distribution. It’s easy to enter because few technologies are required but it costs a lot of money to acquire customers.

“The difference with Amazon is they are selling products. You can leverage that moment to sell relevant insurance. If you are buying a travel book, Amazon can assume you are going to travel there.”

[Google] didn’t think about the proposition, the intent and the implications of cannibalising their core. But that’s not going to stop them”

“For the more complex products it will take more time,” adds Jubraj. “That’s why Google struggled. They didn’t think about the proposition, the intent and the implications of cannibalising their core. But that’s not going to stop them.

“Where there’s big markets with a lot of friction you’ve got opportunity for these guys to fill gaps where incumbents have struggled, because they’re still pushing products.”

Conversations regarding the tech giants are largely confined to personal lines. So when Lloyd’s chief commercial officer Vincent Vandendael revealed talks with Google, eyebrows were raised. A well-placed source at Lloyd’s suggests that the notion of “Google running the underwriting floor” was a far cry from reality.

Predictions of what role disruptors might play in insurance usually concentrate on incremental changes to the current, known market structure.

But disruptors with the power of these digital giants have the potential to effect fundamental, even unforseeable change. And the consensus is they will have made tangible forays into the market before the decade is out.

They are also busy at work in adjacent sectors, the most notable of which is artificial intelligence (AI). The GAFAs are among the most aggressive acquirers of AI startups, while AI and the Internet of Things account for around half of total insurtech funding. 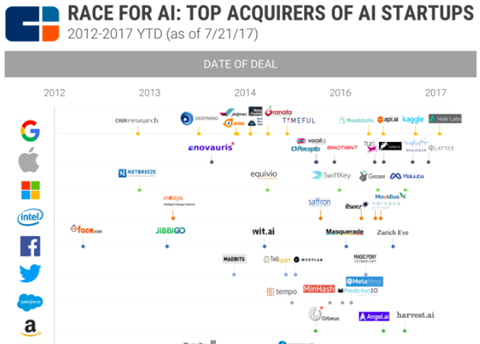 There is also precedent. China’s Zhong An is the largest insurtech in the world with over 500 million customers, and the result of a collaboration between China’s biggest insurer Ping An and tech giants Alibaba and TenCent. Ernst & Young fintech lead James Lloyd has seen parallels between Amazon and Alibaba, and says the Seattle-based giant would move into any space “that facilitates their ecosystem”.

Accepting the involvement of the GAFAs could be fluid in the decade, what is the ultimate impact on incumbents – and what will be their response?

“The outcome for insurance will be further squeezing of profit margins,” says Spiros Margaris, Venture Capitalist and leading insurtech influencer.

In the long run, it is inevitable that data richness becomes the core competitive ground of insurance” - Andy Rear, Munich Re Digital Partners

“Worst of all for insurers, with consumers increasingly connected with social media and the tech giants’ platforms, many will not even consider an insurance provider to get insured.”

“In the long run, it is inevitable that data richness becomes the core competitive ground of insurance,” says Rear.

“It’s not inevitable what industry model will end up out of that. I’m not a believer in the idea that insurers will disappear and be taken over by Google. It’s easy to say and difficult to do.”

“I think we will see at least one big player entering the insurance market,” says Graillot, pointing to health as the likeliest destination.

“Google are trying to collect data on 10,000 users. This is the first step. Facebook might be another one. Apple too. They could go big on personalised products.”

He warns that data regulation could drive, not impede the involvement of the GAFAs as insurers’ options to monitor and understand their customers become more restricted.

“I talked with the European regulator on how data could impact the insurance space. It’s important to remember the ones that have the most important amount of data are not the insurance companies, and are not under the same regulation: Google, Apple, Facebook.

”The main threat might then come from outside the insurance space. Opening a sandbox to let insurance companies be more flexible in using data would be key.”

Observers including Gralliot believe that the search for the ’Uber of insurance’ – a typical development in any sector where disruption is taking place and investors scour the landscape for the elusive Unicorn (or $1bn company) – has been at least temporarily suspended. The market is starting to shift.

“Two years ago it was about finding an Uber. That has changed,” says Gralliot.

“In two to five years insurance companies will still be there, but will be more technological companies than they are today.”

“Incumbents will not all get disrupted by the GAFAs,” says Jubraj. “Some are modernising enough in order to move faster when something does happen.

“But what they’re generally doing is modernising their current propositions and core. What I don’t see is how thinking about what adjacent and new businesses might look like.

“They’ll get there – but will someone get there before them?”

In Brief: The GAFAs and insurance