Premium Content: The Chinese insurer Zhong An represents the future of insurance, but it has flown below the radar for far too long 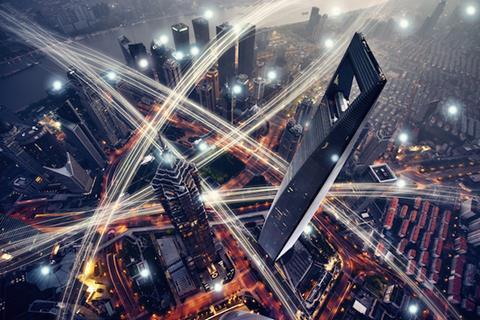 Ask 100 people in London’s Leadenhall Market and it’s likely less than 20 will have heard of the Chinese digital insurer, Zhong An.

It doesn’t quite roll off tongue like Lemonade, nor have its army of willing publicists, but the Shangai-based behemoth is the true poster child for a new breed of insurance companies.

It may not be like other insurtechs in that its primary backers Alibaba, Ping An and Tencent are worth a combined three quarter of a trillion dollars, but when it comes to its operating model – digital native, customer centric, embedded, micro, scalable, cost-efficient and cross-sector – it is absolutely part of the club.

It is actually the president. It has well over half a billion customers. In less than five years of existence it has written over 8bn policies across over 300 product lines.

And now, Zhong An will become the first insurtech to go public.

The apparent yo-yoing of the past 18 months as the company weighed up its IPO options has more to do with global reticence and stock market foibles than underlying operational challenges – although a recent sharp fall profits will have raised a few eyebrows.

Instead, the case of Zhong An illustrates a number of wider trends, not least the oft-quoted potential of collaboration between companies existing and new, the unbundling and broadening out of the insurance proposition, and power plays emerging from adjacent sectors to colonise the insurance landscape.

On a proportionate basis, Zhong An derives around as much income from online shopping insurance (i.e. return postage, which makes up around 20% of average order value) as Apple does from the iPhone (c.60%). And, like the world’s biggest brand, it is hungry to diversify its revenue.

It has branched into more traditional insurance covers, including a license to sell car insurance in May 2015 (although this is generally limited to replacing parts such as tires). Other products include health, flight cancellation, gadget and legal expenses. The focus is insurance as required. Simple, short and sweet. It is also highly experimental, and scenario based. During the 2014 World Cup, it created a product for football fans to pay medical costs for alcohol poisoning. It has since revoked the policy under the watchful eye of the regulator.

It also offers a pseudo-parametric insurance product in the event the temperature reaches 37 degrees celsius.

Zhong An is also a leader in technology. Its website offers integrated payments by Alibaba’s Alipay (similar to PayPal) and for live support it uses WeChat, China’s equivalent to WhatsApp. WeChat happens to be owned by Tencent, and allows customers to buy insurance via the platform. WeChat is frequently cited as best-in-class when it comes to innovation among messaging platforms.

Despite its vast scale, Zhong An is something of a microcosm. In a sense, it represents both the insurtech threat to – and opportunity for – incumbents. Its development was turbocharged, effectively bypassing the biggest challenge that startups, regardless of sector, tend to face: scaling.

As Alex Rampbell, partner at VC colossus Andreessen Horowitz, famously said: “The battle between every startup and incumbent comes down to whether the startup gets distribution before the incumbent gets innovation.”

Zhong An is both the exception and the rule, for it got both – and at the same time.

Its approach is a shining example of the value creation that insurtech – or rather, digitally integrated and data-led business models – can offer.

Tremendous synergies can be achieved by combining a legacy, digital insurer with platform that has vast distribution. This is part of the reason why Amazon is attracting so much interest of late; it holds distribution by the proverbial throat, and its grip is tightening.

“[It is] software and product led, scales faster and rejects insurance dogmas,” says Parul Green, head of M&A and strategy for AXA UK, referring to its micro and usage-based insurance (UBI) models which allow the insurer to resolve long-standing challenges over affordability.

“It’s a stunning valuation at $15-30bn, but it is justified. For comparison, AXA is worth $66bn and Allianz $89bn. Listed insurers must reassess their strategy.”

The value of Zhong An is based on reports earlier this year of the company selling between 5% to 10% of the business to strategic investors, raising up to $1.45bn to finance growth before any IPO.

Zhong An argues its worth is more aligned to the traditional tech giants than insurers. Data on the company’s earnings – a cereal packet way of calculating value – is patchy. Even the most bullish estimate, applied to the most bullish multiple, Amazon (currently trading at around 190 times 2016 earnings) doesn’t get Zhong An much beyond its 2015 valuation of $8bn, the time of its last, $900m raise.

As commentators including Deloitte’s insurance partner Nigel Walsh observe, customer growth and the addressable market are big components of any valuation equation.

The Chinese middle class is expected to number at least 550m by 2022.

Chinese consumer spending will increase by a minimum of 55% between 2015 and 2020 to an eye-watering $6.5 trillion, according Boston Consulting Group. People aged under 35 will account for 53% of the total by the same year.

That’s a lot of insurable, digital-only customers and goods.

The battle between every startup and incumbent comes down to whether the startup gets distribution before the incumbent gets innovation.

Meanwhile in March, Goldman Sachs revised up previous estimates of the Chinese ecommerce market to $750 billion. It projected an annual growth rate of 23% through 2020 to $1.7 trillion. The kicker is average household debt in China is low, so there’s even more room for growth, which should offset any cooling in the broader economy.

Operating in, and indeed entering the Chinese market is no mean feat, with established players holding great influence and share. On the other hand, the regulatory environment is broadly favourable, and innovative product developed is encouraged, particularly when penetration remains low.

The challenge for Zhong An is that while it has a high number of products, few offer fat margins. Volume mitigates that challenge. It also does not currently offer a full stack solution, including loss adjusting, which means its motor insurance book is limited to niche products. Analysts have also invoked the obligatory ’too young to have graduated’ argument in terms of its underwriting profits navigating any longer tail or spikey claims.

“Very established organisations there have figured out ways to make it work. While the [Zhong An] proposition is good, and there are great opportunities, getting started is hard.”

Concerns about sustainability should have been allayed by the company’s IPO filing, which said that the 80% fall in profits in 2016 from $6.52m to $1.39m was down to an increase in consultancy and servicing fees. It is not related to the underlying business.

Assuming those half a billion customers and steady income from its core product won’t suddenly disappear, how far Zhong An will veer from the market that comprises one in six people on the planet remains to be seen.

A report from FinTech Daily earlier this year said that disrupting the Hong Kong market, with its established network of agents and giant incumbents including AIA and Prudential, was part of its plan.

“The idea is to attack this mature market as a digital disrupter, bypassing the agent network,” it said.

“This indicates a market share war that is hotting up and an InsurTech space that is growing up fast.”

A December report in the Financial Times included a comment from Henri Arslanian, an associate professor at the University of Hong Kong, who said he regarded Zhong An as “a technology company that happens to focus on insurance, rather than an insurance firm that is looking at digital as simply another distribution channel”.

Sound familiar? This happens to be the exact message US insurtech Lemonade has been peddling.

The difference is Zhong An has already proved the point. And it’s only just warming up.

Last year Hong Kong was the world’s largest IPO market, raising $24.5bn. 82% per cent of listings were by companies from China.

Financial firms accounted for 69% of funds raised in 2016, while tech firms  comprised only a meagre 3%, according to PwC. The market recently announced initiatives to redress the balance, which would allow tech owners to retain some degree of control despite owning a small share of the company.

In December last year, after reports Zhong An had given up on a potential New York listing, Business Insider suggested the move was part of a broader trend among Chinese fintechs to remain at home, while the political and economic environments in the US and Europe began to stabilize.

It described ‘lukewarm interest overseas’ and competition with  another offering from major shareholder, Ant Financial (part of Alibaba), as reasons for listing instead in mainland China.

This was balanced by a long waiting list and concerns of Beijing’s ‘tightening capital controls,’ not least due to Chinese investors chasing IPOs for massive short-term gains. Companies that list in China have gains effectively capped at 44% to prevent subsequent, market panic-inducing sell offs.

Since 2012, Asia-based tech startups have raised $106bn across more than 5,000 deals. Today, there are over 60 billion-dollar startups in Asia valued in aggregate at over $280bn, according to CB Insights.