Cashing in on subrogation

Once the subject of a gentleman’s agreement between motor insurers, some are using the practice of paying each other’s repair bills to make money 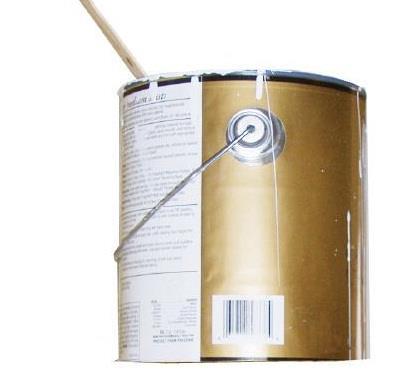 The principle of subrogation - the recovery of claims costs by insurers from negligent third parties - is well established within the industry and is a practice with a mostly honourable past.

But over the last year, this until-now obscure topic has become the subject of one of the insurance industry’s most bitter disputes. The issue exploded onto the broader public arena in September when the news broke of a damning court judgment handed down against RSA after a legal challenge to its controversial motor repair arrangements.

RSA in the dock

Through subsidiary RSA Accident Repairs Ltd, it charged a labour rate 10% higher than its subcontractor as well as ‘add-ons’.

RSA’s invoice was challenged by Equity Red Star. In September, Judge Platt at Romford County Court found RSAARL had not done any work for its invoice and described the add-on charges as a “fabrication”.

RSA is challenging the decision in the High Court hearing due next year.

Now the Office of Fair Trading (OFT) is homing in on insurers’ repair arrangements as part of its wide-ranging inquiry into the motor insurance market.

The subject has even crept onto the radar of ex-justice secretary Jack Straw, who is conducting a one-man crusade to clean up what he views as shoddy practices in motor insurance.

With the OFT on the verge of publishing its initial conclusions this month on the motor insurance market, Insurance Times investigates the industry’s murky subrogation arrangements and probes claims that insurers’ paint deals are helping to inflate the cost of repairs.

Industry insiders acknowledge that the subrogation issue goes far wider than the high-profile judgment against RSA. Insurers have a myriad of different arrangements for recovering costs.

How they do it

The insurer manages both fault and non-fault claims at the lowest possible cost, absorbing all claims handling costs and engineering costs internally and passing on to the third-party insurer only those repair costs that have been incurred.

The insurer outsources the handling of non-fault cases to a credit hire operator, which will accept the risk on a number of cases for the provision of credit repair and/or hire. The cost of the repair, and administration and engineering fees are recovered from the third-party insurer together with interest on payments over
30 days.

The insurer outsources the management of accidental damage repair claims to an accident management company, which usually derives a percentage fee from the value of the repair. In non-fault instances, this cost is passed on to the third-party insurer.

The insurer sets different pricing schedules for non-fault and fault claims, with the latter typically subsidised by the former. This may be applied to those third-party insurers with which the at-fault insurer does not have a bilateral hire agreement.

Veterans agree that the rot set in during the 1990s when the memorandum of understanding (MoU), which until then governed the amounts that insurers pay one another for repair works, broke down.

Crumbling of the MoU

Under what was effectively a gentleman’s agreement between motor insurers, each was meant to treat its own and its competitors’ customers equally when they had been involved in an accident. But the advent of the credit hire companies, with their more commercial approach to claims, led to a dissolving of the MoU.

From the ashes of the MoU, the so-called RIPE (Reduction in Paper Exchange) agreement emerged, under which insurers verbally agree subrogated repair claims bills.

This new process was designed to speed up the cost recovery process between insurers by cutting down on paperwork. But, like the MoU, it is underpinned by the principle that insurers will trust each other not to inflate the costs that they pass onto one another.

The nature of this arrangement means it is open to abuse, says Crashworth managing director Chris Ashworth. “The lack of paperwork means it is hard to scrutinise,” he says.

And insurers, which have struggled for years to record an underwriting profit on motor, have every incentive to avoid passing on the fruits of their efficient cost management to competitors.

“RBSI is going to get a better deal than credit repairers: why should it pass on the benefit of its buying powers to smaller companies?” asks Ashworth, who says insurance companies have increasingly come to see the claims process as a revenue-raising opportunity.

“You are seeing people move into the claims world who are far more entrepreneurial than the old-fashioned technical claims director and that’s the way the world is now.”

The result, he says, is that many insurers and accident management companies are making savings that they are not passing onto their third-party insurer counterparts.

The manufacturer will then pay a rebate to the insurer, which can be worked out in a number of ways, such as a flat rate payment or a percentage based on how many products it has supplied.

The insurer that struck the deal will benefit from the rebate, but not the non-fault insurer. The latter will usually be completely ignorant that such a rebate has been paid, because it is masked within the total bill.

The ABP Club, which represents body shop repairers, argues that this practice lies behind the well-above inflation increases it has observed in the cost of repairers’ paint supplies.

According to data collected by estimating system provider Audatex, the average cost of paint used in repair jobs has increased by 66.2% over the past eight years, from £148 in 2003 to £246 in the first half of 2011. This increase is more than twice the rate of inflation, which has risen by 29.8% over the same period.

It also vastly outstrips increases in the cost of labour and parts, which have increased by 22.3% and 19% respectively over the last eight years.

While parts are specific to certain models, paint is a generic product that can be provided by any number of manufacturers. And while the cost of paint is linked to that of oil, David Creswell at the ABP Club says that it does not explain the total increase. “When oil comes down, the price of paint does not come down,” he says.

Straw told Insurance Times that product mandating was one of several “dirty little secrets” that he was investigating in the motor insurance market.

Not in the public interest

He says: “One of the consequences is that the cost of paint has gone up. This is very good for the paint manufacturer and it’s not bad for the people that take the kickback, but it’s not good for the public interest.”

Aviva UK chief executive David McMillan has argued that the motor subrogation system has broken down so far that every insurer should pay its own repair costs rather than paying one another’s.

Ashworth agrees with this solution. “When somebody else is paying the bill, it’s never going to be the same as buying when you are paying the bill yourself,” he says.

“The best way round this is to pay the same for fault and non-fault.”

But Zurich chief claims officer Tony Emms believes that this solution will not work in practice. “You have to provide a solution to your customer and if there’s any dispute you can’t wait for the other insurer to sort it out.”

He believes that the answer is to restore trust. “We should get back to trust. Everybody should look at their practices and see if they are doing everything appropriately within the constraints of the RIPE agreement.”

“If you start to put that trust in doubt, you end up with a dysfunctional system.” Many would argue that point has long passed.

● The Office of Fair Trading has mounted a wide-ranging investigation into the insurance industry’s repair arrangements, embracing subrogation. Will this result in further regulation of the sector? And can the motor insurance sector take another reputational knock following the referral fees furore?

● Some in the industry argue that the evolution to a more commercial culture in claims cannot be reversed. Is it too late to put this particular genie in the bottle?