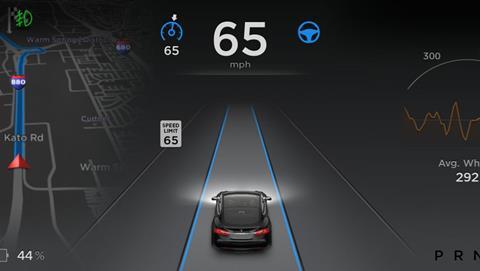 Adrian Flux has launched what it claims is the UK’s, and maybe the world’s first personal driverless car insurance policy.

The policy is designed for consumers who may already have driverless features in their cars, such as self-parking, or who may be thinking of buying a new car with driverless or autopilot features.

“As the UK continues to invest in driverless research in preparation for the growing market for autonomous vehicles in the near future, we wanted to help provide confidence and clarity around the ongoing debate of ‘who is liable?’,” said Adrian Flux general manager Gerry Bucke.

“We understand this driverless policy to be the first of its kind in the UK – and possibly the world. It’s a fantastic starting point for the insurance industry and the policy, like any other, will be updated as both the liability debate and driverless technology evolve,” he said.

The Modern Transport Bill, announced in last month’s Queen’s Speech, will extend compulsory cover to accidents where the car itself, rather than the driver, is at fault.

The new policy will cover customers for the following eventualities:

“We already provide discounts for cars fitted with assistive technology such as autonomous braking as it has been proved to reduce accidents, and therefore claims. This is a natural continuation of the work that’s already gone into this area,” Bucke said.