Cytora to expand with sights on US market

Hidden down the backstreets of Clerkenwell behind a quaint little coffee shop sits Cytora – the artificial intelligence (AI) firm on a mission to overhaul the paradigm of insurance.

Cytora took its name from the Western Blue Beauty butterfly native to Ivory Coast to symbolise the “butterfly effect” – a term linked to the scientific theory that a single occurrence could cause a much larger change somewhere else.

The crux of the business is to help the insurance industry select, target and price risk more accurately, and so provide fairer prices. It relates the “butterfly effect” concept to the principle of how AI can be applied to risk by connecting data to constantly assess how it changes through time.

Now armed with an Insurance Times award under its belt for ‘Risk Modelling Technology of the Year.’ It is no wonder that Cytora has plans to grow their staff force and it has its sights set to on the US market having already conquered both the UK and Australia.

But it also hopes to grow as a business in all directions.

Cytora co-founder and chief executive Richard Hartley discussed the story behind the business, how it is using AI to alter the face of insurance and its plans to expand in the US with Insurance Times. 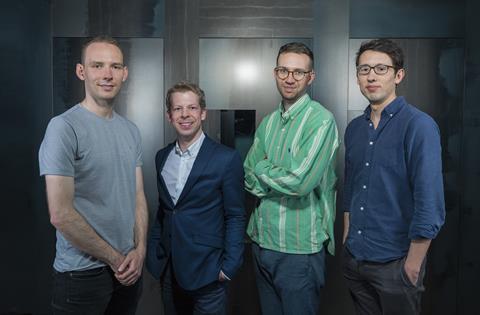 Founded by a team of machine learning scientists, data engineers and strategists, Cytora advocates that in the next decade insurance will become both “frictionless and transparent”.

The firm partners with insurance companies to help them do a better job of delivering insurance and improve their underwriting by assisting frontline costs, passing the benefits back to the end customer.

Hartley reflected on the premise of the business. While working in China against the backdrop of the revolutions in the Middle East he realised that companies did not predict risk well.

He said that this was because insurers do not use data to their advantage, as they are constrained by old legacy systems.

But by using algorithms to extract data, scaling it and then connecting it together, predictions can be made.

The founders penned an article in 2013 on how these revolutions were predictable and it soon attracted the attention of the chief risk officer from AIG who subsequently asked to buy the product.

In 2014 Paul Forster, the former co-founder of Indeed.com approached the team, subsequently this led to the team applying this idea to insurance.

Many insurers expressed interest in the firm’s idea causing the founders to realise that they could have the biggest impact in insurance.

Its early customers included global insurance and financial organisation Schroders, the UK Ministry of Defence, and Goldman Sachs. The firm also partnered with QBE and XL Catlin to deploy its Risk Engine product in 2016.

Hartley said: “Insurance is a remarkable industry, but it’s so large yet so inefficient, being plagued with mispricing and bad customer experiences. The core of what an insurance company does is underwrite but when you look at its outcomes in Lloyds it is not an industry that uses data well. That’s the problem we are solving.”

The first ”proof of concept” pilot study led tthe firm to realise that it could “significantly reduce frontline underwriting and improve loss ratios.”

It charges its customers in two main ways: an upfront license fee or a premium share arrangement.

Hartley said the firm has been surprised at the rate it has acquired customers, pointing out that when something works it is logical to apply it elsewhere to other countries, hence its Risk Engine Agreement to allow for this.

Does the past predict the future?

Hartley explained why he believes insurers are not efficient at making predictions.

He said: “It comes down to them using the past as a proxy for the future. The world is constantly changing, so you want to use data in the present to work out what’s going to happen next year. It’s not a sophisticated way to assess risk.”

Viewing education as part of the problem, he added: “A lot of people that work in insurance companies are not as technology advanced as they should be. There needs to be more focus on how they can adopt technology to change the way they do business.”

He spoke of “one of Cytora’s most exciting customers”. Last year, former AIG chief executive Hank Greenberg saw massive potential in the firm which lead to another partnership. He advocated its new way of underwriting, pushing traditional methods aside.

Selling something you can’t see

But Hartley added: “The insurance industry historically hasn’t changed very fast. If you look at the average age of a typical insurance company on the FTSE 100, they are 90 years old. I think what we have seen in the past 10 years is profitability eroding considerably. They haven’t been particularly effective in changing themselves, but now I think is the moment to do that.”

And with the industry becoming more competitive, he highlighted that it is becoming harder to price business.

Hartley’s background is more technology focused, but he feels this has given him an edge to approach things from an outsider’s perspective.

He said: “Ultimately it’s about selling something that you do not know the cost of. It’s the selling of an event that may or may not happen, so how do you price that? You can’t, you have to predict it.”

The only way is up

Cytora is looking to grow geographically as well as increasing its staff base. It aims for 100 employees by the end of the year.

Hartley added that there is a lot of hype around insurtech, but the firm is focused on being ”highly measurable.” He said that the recent Insurance Times award win has illustrated that.

Explaining what he has learnt since founding the firm, he said: “We are really ambitious, but we want to make sure we grow in a really controlled way. Insurers want a global solution. We have really focused on hiring the best people to scale those geographies.”

Chief technology officer, Aeneas Wiener, added: “At Cytora we believe that going full stack is the best way to do technology innovation.

”Just like Apple own the entire customer experience from hardware to software. We looked at insurance and have re-architected how that works end-to-end, from web-scale data acquisition, to risk modelling with AI, to being extremely opinionated on how to quote and bind online.

“I believe that the best co-founding teams consist of visionary communicators, ideas generators, and relentless executors. The latter is my passion, from when I designed my first relational database schema on large sheaves of paper in my parent’s attic aged 14, to my physics PhD on invisibility cloaking devices, to now leading technology at Cytora.”

AI will allow insurers to alternate their portfolios, Hartley hopes it will lead to better and faster underwriting decisions, while enabling a transparent yet frictionless view of the market chain. 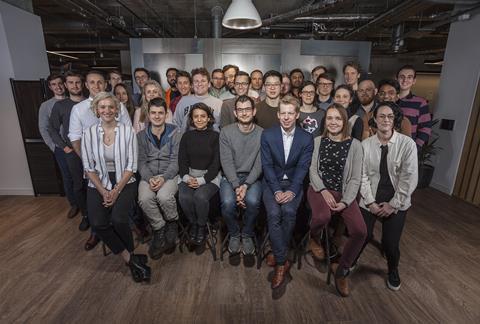 Cytora was founded in 2014, launching the following year. It uses AI to underwrite risk more accurately.

It works across large corporates, SMEs and mid-market firms. 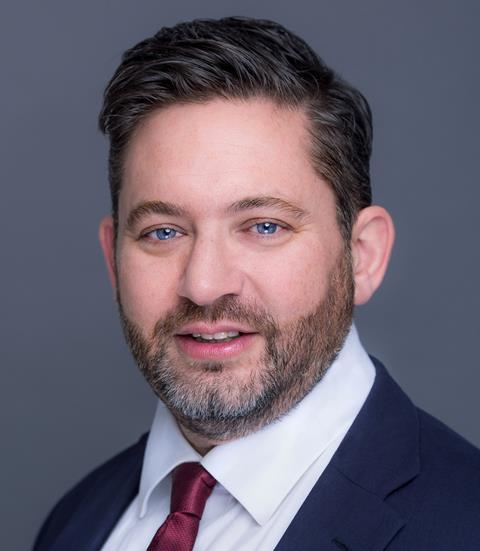