The insurer’s H1 results for 2020 were better than expected as it reinstated its dividends, and now it plans to expand its reach through partnerships and acquisitions

The insurer revealed that it would use investments to win more customers by targeting a broader set of needs.

And it will do this via acquisitions and partnerships, with the launching of an initiative with planned investments in the region of £80-90m. The firm also owns Churchill, Green Flag and Privilege.

Churchill saw strong new business growth and an increased share of new business in the price comparison website channel across both motor and home.

It also launched a new Green Flag claims system as well as updating its customer app Rescue Me.

The insurer’s total policies fell by 1.7% as its partnership volumes reduced.

Although it has still to reinstate its travel insurance line, meanwhile its motor claims have plummeted significantly due to drivers being on the road less during lockdown meanng the insurer could reinstate its dividend for shareholders.

Penny James, chief executive Direct Line Group said: “I am very proud of what we have achieved so far this year.

”We have launched initiatives with an estimated investment of £80 to £90m to support our customers, people and local communities through the uncertainty caused by Covid-19.

Following this was a reduction in operating profit with £15m in restructuring costs as a one-off payment as the group invested £60m in cost saving initiatives across 2019 and 2020.

Meanwhile its gross written premiums grew by 0.4% to £1.58bn, while the combined operating ratio dipped to 90.3% from 92.5%, this means that it earned more in premiums than what it paid out in claims.

The Covid-19 pandemic has had a “broadly neutral” effect on the group’s operating profit. This is due to additional travel and business interruption claims, as well as a decrease in its investment asset returns being offset by “favourable claims frequencies” in both motor and commercial lines.

Operating expenses prior to its restructure and one-off costs of £372.0m were reported as £9.0m, which was higher than H1 2019.

This was after it invested in initiatives to support its customers during the pandemic.

And despite an increase in its levy costs of £3.0m, its underlying operating expenses was also “broadly stable”.

Still a ‘huge amount’ to do

James added: “We still have a huge amount to do, both operationally and technically, but even in the midst of a pandemic we have made excellent progress on our technology transformation. Delivering so much change whilst over 9,000 of our people worked from home was an exceptional achievement.

“We did not access government support and chose to protect all roles and salaries at the group through to the autumn and our Community Fund is providing £3.5m to help people in communities across the UK.

“We have seen just how quickly people change their behaviour and I am proud that we’ve been able to adapt rapidly whilst still making good progress on our strategic transformation.” 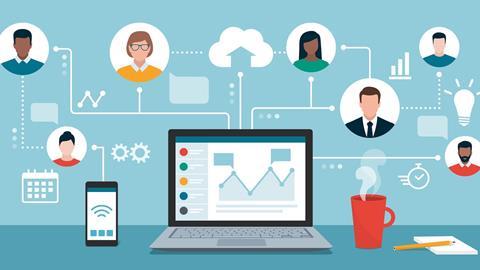