Electric scooters (e-scooters) could potentially be legalised on UK roads and cycle lanes in a bid to encourage a more climate friendly way of travelling - this could be an untapped market for brokers.

As the government plans to encourage greener transport, ministers are expected to launch a consultation next month on how to regulate e-scooters and ensure safety, reported The Times.

The consultation will be followed by trials in cities, with a potential nationwide introduction if it is successful.

On 20 January, the transport minister George Freeman indicated that a regulatory consultation will take place in “due course”. This would lean in favour of enabling the use of micro-mobility vehicles, which includes e-scooters, as part of ’The Future of Mobility: Urban Strategy’.

Discussing the safety and accessibility of e-scooters on UK roads, Freeman said: “We are considering this closely and recognise that people want to take advantage of the opportunities personal vehicles, such as electric scooters, can offer.”

It has been suggested that e-scooters will be treated like bicycles, meaning they will be allowed to be used on roads and cycle lanes, but this has yet to be put in motion. They will also be equipped with speed inhibitors that will limit their speed to 15.5mph.

E-scooter legalisation is also something that Biba is campaigning for in its 2020 manifesto, which is themed around ‘Access’ - this launched in Parliament earlier this month.

Meanwhile there have been some concerns in Whitehall that e-scooter use could ramp up obesity by encouraging people not to walk, as well as the safety issues these vehicles sparked after the death of YouTuber Emily Hartridge last year.

Currently, e-scooters are illegal to ride on roads and pavements; they do not need insurance, so it is often the motor driver that picks up the claim if there is a collision in most instances. Plus, there is no way of tracking e-scooters to users at present as they do not have number plates.

But the UK is actually lagging behind other countries, Alistair Kinley, director of policy and government affairs at BLM told Insurance Times.

He said that the legalisation of e-scooters raises questions such as how are they going to be treated – for example, like a bicycle or a motor vehicle.

When asked about regulation, Kinley believes that it might act as a barrier to people using e-scooters as transport.

However, the narrowness of British roads makes the introduction of micro-mobility devices somewhat tricky; Kinley foresees a change in the nature of this though.

But how will they be insured?

He said that in terms of policies, e-scooters might best suit a policy that is differentiated - insurtechs might be better placed to cater for this gap in the market as cover may be activated only when the vehicle is in use for some e-scooter owners.

“People are going to have to buy [insurance] policies to use their e-scooters on the roads; if they are not they might be covered under their household policy if it extends to the use of a cycle, for example,” he said. 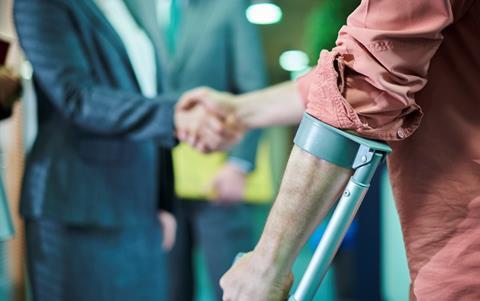