However Ecclesiastical and Zurich have bowed out, while Qatar Insurance Company Europe has been denied the right to intervene

Last Friday, the High Court gave its permission for the appeals process for the FCA’s test case to “leapfrog” straight to the Supreme Court, however insurers Ecclesiastical and Zurich have decided not to appeal September’s ruling.

At the end of July, Lord Justice Flaux and Mr Justice Butcher oversaw a virtual High Court hearing involving the FCA and eight insurers – this was designed to clarify the interpretation of business interruption (BI) policy wordings when applied to claims caused by the Covid-19 pandemic and resulting government interventions.

On 15 September, the High Court published its ruling and confirmed that they agreed with the majority of the FCA’s arguments, in particular those surrounding the interpretation of coverage triggers for disease and hybrid causes, certain denial of access and public authority clauses as well as the regulator’s view on causation and trends clauses.

Following the ruling, the majority of the test case’s participants have filed for an appeal, although the FCA is still attempting to reach a settlement with the insurers involved in the test case action.

On 2 October during a virtual hearing, the High Court approved an appeal to be heard at the Supreme Court.

According to Reuters, insurers Ecclesiastical and Zurich will not join the appeal process.

A spokesperson at Ecclesiastical explained: “Due to the fact that the Financial Conduct Authority has confirmed that it is not appealing the High Court’s judgment, which found that losses arising from the Covid-19 pandemic are not covered by Ecclesiastical Insurance’s business interruption policies, we will be taking no further part in any Supreme Court proceedings on this matter.

“We recognise that this has been a difficult and uncertain period for customers and we now hope the judgment provides the certainty and clarity that the test case was designed to create.”

A spokesperson at Zurich added: ”Zurich has not filed an application for a certificate to appeal the outcome of the FCA test case. The recent judgement confirmed that the wordings represented by Zurich do not provide cover for business interruption in relation to the Covid-19 outbreak.”

Meanwhile, Qatar Insurance Company Europe (QIC Europe), also known as QEL, attempted to launch an intervention bid at Friday’s hearing, reported Law360, however this was denied by the High Court.

QIC reportedly has the same policy wordings as RSA, one of the eight insurers that participated in the test case. Stephen Hofmeyr QC of 7 King’s Bench Walk, representing QIC, explained that the firm was concerned that RSA would not appeal the ruling, meaning it would therefore have to pay out £114m to its own customers as a result.

Hofmeyr said: “RSA’s attitude is probably not a fight-them-on-the-beaches one. Unless there’s an appeal in this case, there’s bound to be more litigation.”

However, according to Law360, Judge Flaux said it would be inappropriate for QIC to intervene in the proceedings when RSA had not yet agreed to settle.

He said: “It would be verging on abusive for [QIC] to muscle in on these proceedings in circumstances where RSA is still taking an active part.”

Richard Leedham, the Mishcon de Reya partner representing the Hiscox Action Group (HAG), which was allowed to intervene in the test case action, described the decision of insurers to appeal the High Court judgment as “extremely disappointing”.

He continued: “Despite [the] wins that we have secured on behalf of our members, the underlying decision by Hiscox to appeal is extremely disappointing and will bring further delay and pain for businesses that are struggling to survive in a challenging economic climate.

“Our group is made up of 400 small businesses from across the UK and they are in desperate need of the payouts that they deserve and the court’s judgment says they are entitled to.

“Hiscox and other insurers seem content to delay the process further, which is hugely irresponsible and is putting more pressure on businesses and jobs they were meant to protect.”

Following Friday’s hearing, the High Court confirmed that HAG members’ BI policies will trigger on the first announcement of Covid-19 restrictions announced on 20 and 23 March, rather than on 21 and 26 March as challenged by Hiscox.

Mishcon de Reya is also pursuing claims through an expedited arbitration on behalf of HAG members.

‘Nail in the coffin’

Fellow partner and Mishcon de Reya colleague Sonia Campbell, who is representing the second intervener group – the Hospitality Insurance Group Action (HIGA) – added that the appeal process is “another nail in the coffin for small businesses”.

She said: “Rather than agreeing to abide by the Court’s judgment and now pay claims, it is disgraceful that insurers continue to drag their feet and watch more and more of their own policyholders go to the wall. The action of the insurers shows exactly why there is a need for policyholders to join forces and take action together.

“Insurers could have walked a very different path and not undermined the reputation of much of the industry. They could have paid out when the cover under the policies was first triggered. They could have accepted the judgment and started making payments now. But the fact they have decided to seek permission to appeal shows they are determined to drag this out to the bitter end.

“Insurers’ approach in first seeking, and now obtaining, leapfrog certificates shows the lengths that they will go to to delay and defer decisions on paying out claims. Whatever happens after [the] hearing, policyholders should be under no illusions that recovery of claim proceeds will be easy. It is only by joining a well-resourced and properly funded group, that they can safely do that.

“Whilst resilience policyholders will naturally be disappointed after[the] hearing, as we anticipated, despite losing on all grounds at first instance, RSA intends to continue to fight on all fronts as hard as it can to try to reverse the High Court’s judgment on RSA4. With an appeal to the Supreme Court now firmly on the cards, individual resilience policyholders will find it more difficult to obtain payment from their insurers any time soon.”

Reuters reported that the Supreme Court is expected to consider the appeal by the end of the year. 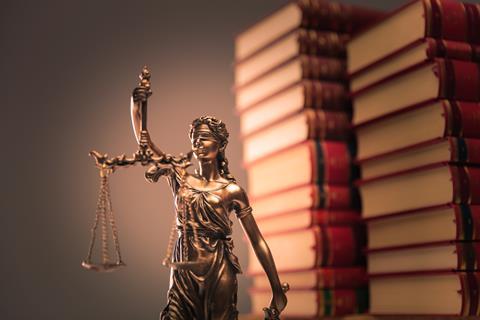