The AA has reminded older drivers that deciding to “hang up their keys” is a tough but personal call.

But commenting to The Metro it explained that the decision should be based on personal advice from your GP and family rather than an arbitrary age.

This was in response to the Duke of Edinburgh – Prince Philip colliding with another vehicle yesterday afternoon, which saw the 97-year old’s Land Rover flip on to its side close to the Sandringham Estate.

Age is only one factor

The ABI has said that age is one of the many factors taken into account when calculating motor insurance premiums.

A spokesperson from the ABI said: “Industry data shows that the average cost of a claim increases for drivers aged over 80. For drivers over 90 the average claim cost is more than that for a young newly qualified driver. With today’s ageing population, we need to ensure that the driver licencing regime enables all motorists to be able to drive for as long as possible providing they are safe to do so.

“The development of autonomous vehicles, which insurers fully support, could help older drivers to stay on the road for longer.”

Telematics as a force for good

Penny Searles, chief executive at Smartdriverclub said told Insurance Times we should be giving people a chance to prove themselves.

She stressed that we should not think all older drivers are “infirm, frail and unable to drive the vehicle anymore.”

Searles specialises in helping older drivers get cheaper insurance through the use of telematics, which provides evidence of good driving behaviour, which can then be used to get discounts.

This solves the dilemma of older drivers paying more for premiums which may increase with age due to the risk being higher.

She said that the main aim for the insurance industry should be to encourage older drivers to take up telematics in the same way younger drivers do.

And she added: “The challenge with younger drivers is that there is more risk because they are inexperienced. Older drivers reactions may not be as sharp but we can’t put everyone in the same box and say they are a high risk.

“People should be judged on their ability not a generic statement. Older drivers need something more and telematics data shows them this.”

On the flipside however, it also acts as evidence for bad driving and reduced reaction time which in turn caters to safety on the road.

She added: “Telematics data can show two things – it can show whether it is time to hang up your keys, but it can also prove that you are a good driver that is more capable than some of the younger drivers on the road.”

“If he has a Land Rover, I suspect there is some telematics data or connected car capability available to him.

“I think there is going to be a huge backlash in reaction to whether he should hand in his keys, but we don’t know - his driving could be really good,” she added.

The challenges the gig economy is presenting insurance 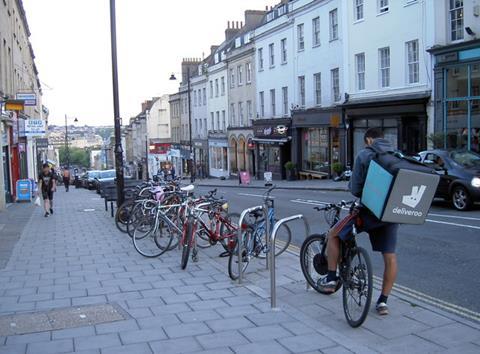