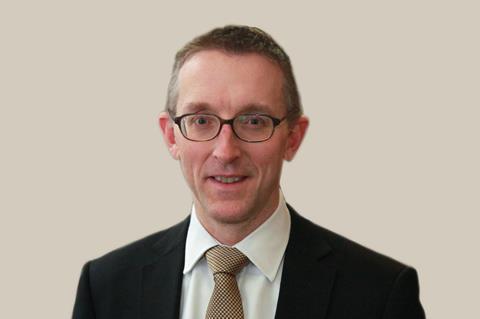 The PRA will give insurers “plenty of time” to adapt to the new Solvency II capital regime, according to executive director of insurance supervision Sam Woods.

In a speech at the ABI’s Solvency II seminar  yesterday, Woods (pictured) also revealed that the regulator would make a final decisions on approving insurers’ internal capital models for use under Solvency II “in early December” this year.

In addition, Woods insisted that the regulator would not use Solvency II to raise capital requirements across the industry, as some have feared.

The PRA, part of the Bank of England, regulates the capital adequacy of the insurance industry. It will be responsible for implementing Solvency II, which comes into force on 1 January 2016.

In his speech Woods aimed to dispel myths and concerns about the implementation of Solvency II.

He said: “I want to make it absolutely clear that we will give firms plenty of time to adjust to the new regime, and that those firms who wish to make use of transitional measures will be given the freedom to do so.”

He added that while the regulator moved quickly to implement the new Basel III capital rules for banks, this was because the financial crisis showed that the previous banking capital regime was “wholly inadequate”.

He said: “We are in a different place with insurance: we consider that the levels of capital secured under the current regime are consistent with our objectives, and therefore, unlike in the banking case, we see a low risk to those objectives in allowing firms plenty of time to adapt to the new standard.”

Woods also responded to concerns that the PRA would use Solvency II as a means to raise capital levels across the insurance industry.

He said: “Let me state very simply: there is no such plan within the bank of England. The reason for this is also simple: we think that our current regime secures an appropriate level of capitalisation for the insurance sector and puts us in a good position to make the shift to Solvency II.”

He added: “It is a different regime, with a different shape to ICAS. Firms will therefore see movements in their regulatory capital positions. For some firms these positions will be tighter, for others looser.”

Under Solvency II, some insurers will opt to use their own internal capital models to determine their capital levels rather than use the regime’s standard model. This is to ensure that their capital requirements are tailored to their business.

Internal models need to be approved for use with the new regime.

Woods said: “I consider it vital that our approval process is entirely consistent across firms, and the timing and communication of our decisions is consistent with orderly markets.

“It is therefore my intention that, following a thorough and consistent review of firms’ applications, we will make final decisions on all models for firms for which we are the home supervisor in early December, and communicate those decisions to firms simultaneously at that point.”

Responding to Woods’s comments, ABI director general Huw Evans said: “We welcome the PRA’s announcements on the use of transitional measures and approval of internal models under Solvency II.

“The transitional measures are a key part of the new regulatory regime and it is reassuring to receive formal confirmation that the PRA will allow the full use of these measures to firms, including for the payment of dividends.

“We also welcome the PRA’s clarity on the communication of internal model approvals. Regulatory decisions will now be communicated simultaneously to all firms in early December 2015, which is very close to the January 2016 Solvency II starting date. The industry will work closely with the PRA over the coming months to ensure this process can work in practice.”