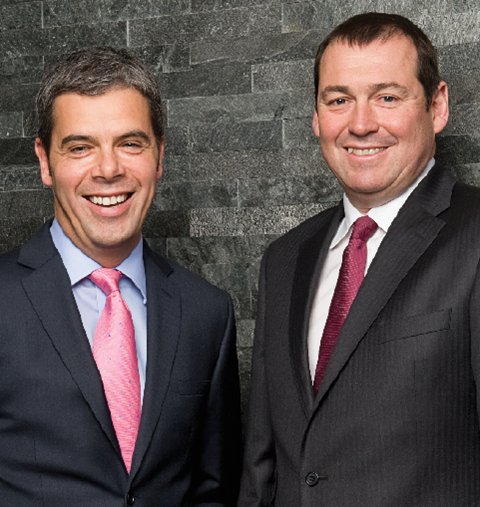 Does Mark Hodges really believe he can save Towergate from collapsing under the weight of nearly a billion pounds worth of debt and steer it to safety? Of all the questions thrown at the chief executive by Insurance Times, this is the one he answers most intensely.

Hodges’ eyes widen, he leans over the boardroom table and pumps his fist up and down for emphasis. “I made a choice [to leave Aviva] because I believe in the model,” he says. “We want to grab people’s attention and excite them as we grow it from here.”

Chief financial officer Scott Egan chips in: “I think that this business is on the cusp of something very special. I’m not sitting here worried - unless my due diligence process has gone madly awry, and I know it hasn’t – I feel incredibly passionate about where this business is going.”

Well, the naysayers had better take that one on the chin. They believe Towergate is heading for some sort of financial meltdown, leading to an eventual break-up or firesale of its assets.

Part of the reason I came here was because of the overall ability at Towergate, but also Mark’s ability to take the business and drive it forward”

The deal heralded the exit from executive roles for founder Peter Cullum and chief executive Andy Homer, both of whom still sit on the board and retain significant investments in the company. In came Aviva UK head Hodges. Ironically, Hodges, who declines to talk about Aviva, is tipped as a possible candidate to take over from the recently departed chief Andrew Moss.

Egan, 41, rose to be Brit’s chief financial officer before teaming up with Hodges in February. They are both relatively young for such senior roles – Hodges is also in his 40s – have good reputations and are bubbling with energy and ambition. The pair have a good chemistry; there is plenty of laughter and wisecracking during the interview.

All these qualities will be needed for a formidable mission: to grow Towergate in harsh economic and market conditions and lead it to the promised land of a likely flotation, clearing a chunk of its £954m debt and rewarding shareholders.

But first, they have to fill the huge gap left by Cullum, as close as they come to an insurance legend, and his charismatic and outspoken partner, Homer.

“They’ve been architects of a fantastic business model,” Hodges enthuses. “They have aspirations as board members, as shareholders, to grow the business and help me grow the business. A new person coming in will challenge things. Scott will bring the same challenge in now.”

“Part of what I bring is that different perspective,” he adds. “I’m here to build on the success, which will mean change, but not to rip things up and start again when it has done so well.”

Egan says he’s on the same wavelength. “I’m certainly not the kind of person who will be complacent, and think just because that’s the way it was in the past, that’s the way it should and needs to be done in the future.”

One change on the horizon is making Towergate more corporate, with a “small c” as Hodges puts it. That means not talking about what is likely to be a flotation, a topic Homer was vocal on, until the time is right.

However, that won’t stop Insurance Times speculating. The flotation could be as far away as 2016, but is likely to happen before the £520m bond repayments are due to begin in 2017.

That presents a problem: Towergate could lose quality staff if they’re not convinced their shareholdings will be rewarded with a sale or flotation. The aftershocks of the financial crisis have scared investors, who are nervous about debt-leveraged private equity flotations.

With Advent’s full backing, Hodges is keeping a cool head: “We’re not setting a deadline around anything.”

Instead, Hodges is sitting down with every member of Towergate’s 5,500 staff to explain where the company is heading, which doesn’t rely on help from a hardening market or a pick-up in the economy. “My worry would be that if we were sitting around here with a load of targets, metrics and measures, my focus wouldn’t be on the growth,” Hodges says.

So let’s talk about growth. Homer and Cullum did a great job in getting a big bang for every buck Towergate made in sales. Operating margins were 35.4% in 2011. Can Hodges and Egan squeeze any more out of Towergate?

Hodges has a three-pronged strategy: acquisition-inspired growth, organic growth and efficiencies. He boasts that Towergate is “world class” at acquisitions and can add £400m gross written premium. On organic growth, he believes the consolidator has huge potential for cross-selling across divisions and brands.

Then there’s operational efficiency gains, not just some cliché in Hodges’ book. He points to household, where plans to bring in an extra 30 staff have been scrapped because the current team is hitting its targets.

Hodges refuses to be drawn on examples of similar achievements at Aviva. “I spent 20 years at Norwich Union and then Aviva; I enjoyed every moment there. It’s a great company.

It’s talk like this that has inspired Egan. “I’m going to make Mark blush, but part of the reason I came here was because of the overall ability at Towergate, but also Mark’s ability to take the business and drive it forward,” he says.

And that’s really the story of these two in a nutshell. They are both capable, passionate and determined. But keeping the Towergate ship steady and managing growth without the rising tide of a hardening market to ride on will be one hell of a job. Good luck to them.

‘I spent 20 years at Norwich Union and then Aviva; I enjoyed every moment there’

Ranking: UK’s 6th largest broker
Revenue: £430m
Post-tax loss: £70.4m
Employees: 5,500
Market view: Loved and loathed in equal measure, Towergate is the king of all consolidators. It needs to grow and divest to pay its debts.