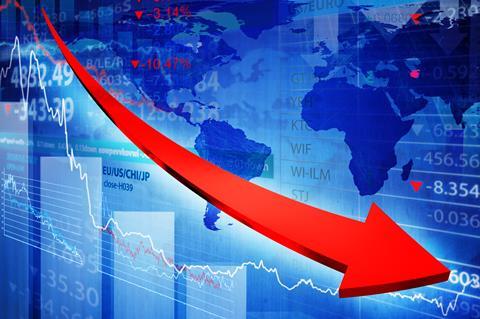 Ageas UK made a loss of €56m (£47.5m) in 2016 as a result of exceptional charges relating to the pending discount rate cut and the decision to close the Kwik-Fit Insurance Uddingston office.

The UK combined operating ratio (COR) jumped to 106% in 2016 from 102% in 2015. The CORs for most of Ageas UK’s business lines, with the exception of household, deteriorated (see table). The worst hit were motor and other lines.

Reported UK revenues fell by 10% to €2.2bn (2015: €2.5bn), but the company said that in local currency, revenues increased by 1% thanks to “strong motor renewals and the contribution of new deals to household and commercial lines”.

The group described the UK results as “disappointing” and added that the UK discount rate hit had prevented it from hitting its combined operating ratio target set under its Ambition 2018 strategy. The group COR increased to 98.7% from 96.9%.

As announced last week, Ageas UK was hit by €113m of exceptional charges in the UK. Of this, €55m was for reserve strengthening in anticipation of the pending discount rate cut, €27m was related to the closure of the Kwik-Fit Insurance office and €31 was reserve strengthening for a poorly performing special risks partnership, which the company said “has since been terminated”.