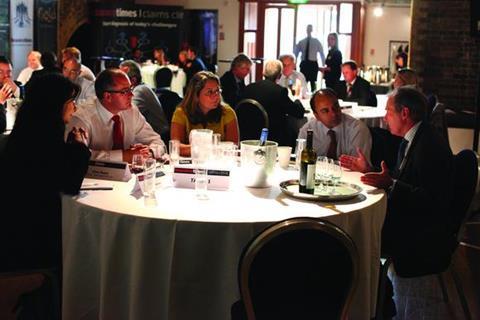 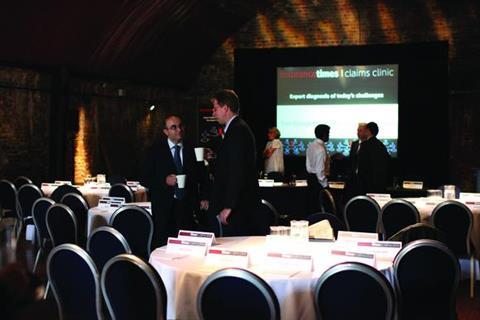 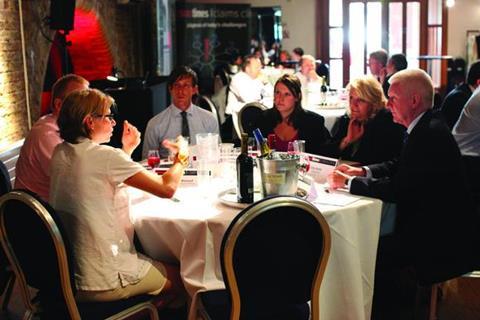 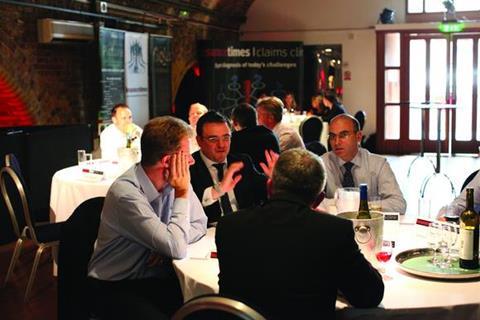 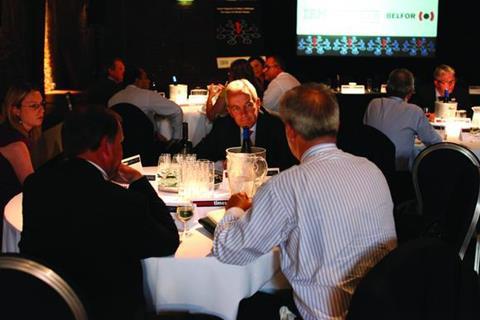 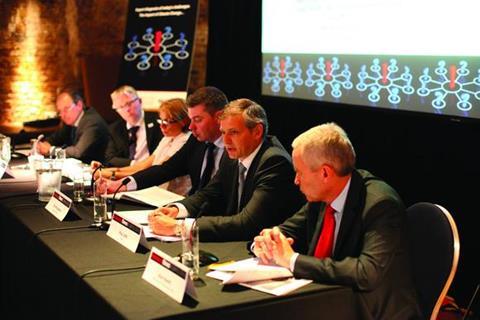 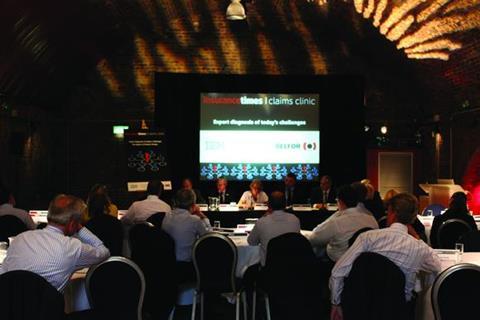 The issue of climate change took centre stage at our latest claims clinic event. Muireann Bolger reports on the panellists’ debate over the potential impact and how the sector should respond

it was a lively and sometimes provocative debate that emerged at last month’s Insurance Times claims clinic, held at Vinopolis in London. Panellists at the event tackled the thorny issue of climate change and the mounting challenges this poses for the insurance industry, wrestling with questions of liability, risk reduction, pricing and corporate responsibility.

While Trevor Maynard, manager of emerging risks at Lloyd’s, swiftly established that delegates and panellists all agreed that climate change was undeniable, he explained there was still a huge lack of knowledge about the phenomenon.

“We don’t understand climate sensitivity that well,” he said. “So although we know climate change is happening, and there is no real debate about that, we don’t know how it will affect the global climate.” He pointed out that although the G8 summit leaders have agreed to take measures to limit global warming to two degrees Celsius, the jury is still out on whether this will be an effective solution.

“Some people are saying that it is an overshoot and others are saying that it is not enough, and there is still a lot of dangerous climate change happening with a two degrees Celsius target,” Maynard said. More worryingly, he pointed out that some predictions forecast that global temperatures could rise by as much as 20 degrees Celsius by 2200, showing that the drive to reduce the global carbon footprint needs to remain a top priority.

Maynard predicted that climate change could have a major effect on international security and insurers providing cover in this area. “Along with other global trends, such as the overuse of water resources, food shortages, population growth and energy shortages, it may highlight the differences between the developed and developing world,” he said. “Neighbouring countries may start to see water as a weapon, or something to fight over. Disappearing glaciers may render some critical rivers seasonal, with insufficient water to irrigate crops. Political tensions may increase, and those offering terrorism, political risks or war-on-land cover must be alert to changing levels of risk.”

Recently, the industry has taken a number of steps to adapt to the effects of climate change and to mitigate the risks involved. Maynard pointed to the importance of the work of ClimateWise, an insurance industry initiative that looks at how best to respond to these challenges. Meanwhile, the ABI is conducting a major project looking at the effects of climate change on insurance lines by comparing and contrasting markets in the UK and China.

But the question of future liability continues to loom as a major threat. All in attendance agreed that, as the effects of climate change become more extreme, this could lead to an upsurge

in claims. Indeed, Paul Jaffe, claims and underwriting counsel at insurer Catlin, pointed out that claims related to climate change have already emerged in the United States. Although such cases have so far remained unsuccessful, he warned that it might only be a matter of a time. “History has always taught us that courts move with the times, so the liability issue is of particular interest and concern to us.”

The future is now

According to BELFOR’s managing director, Neal Courtney, the effects of climate change are already startlingly evident. He said: “Irrespective of 2007, we are seeing torrential rainfall on a regular basis, which is causing spot flooding. Water has nowhere to go and the number of claims just increase year on year.” He added that this was putting an enormous pressure on capacity, and measures would need to be taken

to prevent claims from continuing to surge. “Something has got to actually give. Because if claims are allowed to continue escalating, then premiums will go up and it will just become a vicious circle,” he added.

Courtney suggested that the increased frequency of extreme weather would step up pressure on the industry to meet demand in a quick and efficient manner. “In my view, claims are increasing but, perhaps more importantly for the industry, the level of knowledge and expectations of policyholders is also on the increase,” he said.

IBM Global Business Services’ human capital management partner, Alan Hewitt, also believed the increasing volumes of information posed a challenge for insurers. “You should assume whatever information is available to you is also available to all your customers and all your competitors,” he warned. But he questioned whether the insurance industry was taking full advantage of the amount of information already available from sources such as Met Office forecasts. “We have a phenomenal amount of data and we need to translate that into information and to make use of it,” he said.

Hewitt also invited discussion on whether access to this information would change the way insurers write business and influence consumer decisions. Jaffe argued that he saw the increase in data as an opportunity rather than a threat, as it would strengthen the basis for the calculation of premiums. “The data will support what, at the end of the day, must be correct,” he said. “The premiums will pay for the claims.”

The question of social engineering emerged as one of the most hotly debated issues of the day. Swenja Surminski, policy adviser on climate change at the ABI, argued that insurers should play a stronger role in influencing consumers’ behaviour and incentivising them to reduce the risks posed by climate change. “Insurers have been good at raising awareness, but I would question their track record in driving behaviour change,” she said. “It is all very well raising awareness when we think there is an issue of risk. What needs to happen to actually respond to that?”

This led to questions focusing on the conflict between corporate responsibility and commercial opportunities. A number of delegates questioned why the onus should be on the insurance industry to influence consumers’ behaviour. Maynard conceded they had a point. “We are not politicians ourselves and we can’t force people to behave in a certain way,” he said. But he added that the pressure on insurers to play this role was only going to increase. “I think people need to be aware that policymakers globally are discussing how insurers can be involved and how they can drive change. We need to be engaged with the debate, otherwise we will end up with things being imposed on us,” he said.

Most agreed that solutions such as discounts on premiums would be not be commercially viable. Surminski, however, pointed out that measures such as providing people in very high-risk areas with access to cover on the condition they commit to risk management could be one way of promoting behavioural change.

Another key topic was pricing. Many delegates questioned whether the time had come for the effects of climate change to be taken into account when calculating premiums. Surminski revealed the government had approached the ABI after it released its long-term projections for climate change, asking whether insurers would increase prices as a result. She said that while such projections would not have an impact on pricing over the next couple of years, it would inevitably be a factor in the future.

The panellists agreed that the insurance industry was reliant on outside agencies to help it meet future challenges. But Maynard voiced concern that architects and building surveyors were failing to take climate change into account. He added that regulation may be required when dealing with the effects of climate change in high-risk areas. “When a large-scale catastrophic event occurs, there is an opportunity to rebuild a community with climate adaptation in mind

and, where possible, using sustainable methods. However, due to competitive pressures, it is unlikely this will occur at scale unless mandated through building regulations,” he added.

Surminski also believed that there needed to be greater attention paid to resilience as well as energy efficiency when following industry guidelines, such as the Code for Sustainable Homes. “They should not cross each other out,” she said.

Concerns were also raised about the current constraints on public funds. Surminski argued that this could prove a barrier to managing the risks or averting the hazardous situations caused by climate change. “The constant debate is about what level of protection we need, how much money is going into that and whether it is enough for insurers to be really sure that the risks are managed and not just rising,” she said.

Surminski argued that the time had come to move away from short-term approaches and move towards a long-term 25-year plan, focusing on how to reduce and adapt to the challenges of climate change. But she admitted there was a question over whether the government could commit to such long-term funding.

But, overall, many were confident that the insurance industry would rise to the challenges ahead. Surminski said the industry was already well placed to deal with them. “From an insurance point of view, climate change is not very different from any other emerging or historical risk issues. You have a risk and you have to figure out a risk management response to that.

“We can transfer a lot of our expertise and knowledge in managing liability issues to this issue, and that is a good starting point. That is one of the advantages the industry has.”