Drivers are being “plagued” by nuisance calls from claims management companies (CMCs), according to new AA research.

Data from the AA-Populus study of over 10,000 drivers found 63% had received such calls in the last year.

Of these, 88% had been called on multiple occasions, despite over half of those contacted (55%) having not been in a collision.

29% said they have been contacted more than 10 times within the same period.

The Civil Liability Bill passed through its third reading in the House of Lords last Wednesday.

And the AA’s director of insurance Janet Connor said the changes in the law it will bring to combat cold calling can’t come soon enough.

She said: “Our survey shows that almost all (92%) consider such calls to be a nuisance and 63% believe the number of these calls is increasing, underlining the need for legislation to halt bad practice in the personal injury claims market.”

Apart from the ban on cold-calling, the government also proposes to increase the small claims track limit for personal injury claims from £1,000 to up to £5,000 meaning that the courts would not order legal costs to be paid by the losing party, up to that limit.

And Connor added: “Claims management firms exploit the present low limit knowing that their fees – which typically amount to around 80% of the compensation awarded – will be met, so it is in their interests to encourage people to make injury claims they otherwise would not have done.

“They tell potential claimants that it is ‘money owed to them’ by the at-fault driver’s insurance company.

“That is clearly tempting, because while 87% consider making such a claim to be ‘morally wrong’, astonishingly 12% of those responding to the survey said that claiming for financial compensation is justified, even if they had suffered no injury.

“It’s this willingness to claim – especially under pressure – that has added to industry claims costs, and thus premiums, over the past year.”

CMCs have come under fire for encouraging a claims culture, with the Forum of Insurance Lawyers recently calling on CMCs to be named in court cases to discourage firms from pursuing fraudulent claims.

Cutting out spurious claims could potentially cut premiums by up to £30 according to government estimates.

Connor said: “The insurance market is extremely competitive and if these costs were wiped out firms would reduce their premiums to reflect the savings made.

“After passing through its third Lords reading, the government announced it will introduce an amendment to ‘hold insurers to account’ in passing on savings.

“In anticipation of these changes to legislation, the AA’s most recent British Insurance Premium Index showed that premiums are already falling and I expect to see a further fall in the July Index.

“But if any of the measures put forward in the Bill are blocked then premiums would start to go up again.” 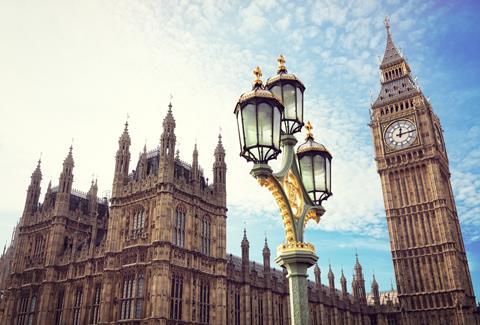