The FCA has revealed exactly how it could impose direct pricing restrictions - ‘which could definitely happen’ - in a landmark document just released.

The shocking state of insurers, and intermediaries, failure to take action on dual pricing and its threat to groups was unmaksed in a just-released FCA investigation into 18 insurers.

The damning probe found major insurers putting profits before people in which they blatantly ignored regulation and exploited customer groups, including some of the most vulnerable in society like the elderly and mentally declining.

And now, in what was previously a taboo subject, the FCA is openly discussing its weaponry to finally put a stop to insurers pricing discrimination. 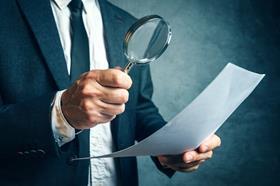 The two ways are:

The FCA says in ’Fair Pricing in Financial Services’: ”The most direct way we could intervene to prevent price discrimination is by restricting the way firms set the prices of their products.

”Some pricing such as insurance is complex and could affect how effectively we could develop and enforce direct price regulation.

”We would need to consider how we can separate price discrimination from cost-based pricing (which is based on the different risks consumers have).

”We also need to think carefully about what the likely response from the market would be if we put restrictions on prices, eg some prices to consumers could go up.”

The FCA also says its other remedies include things such as product design restrictions.