Spanish and Italian insurers most exposed to a Greek exit but UK, barring Aviva, is resilient 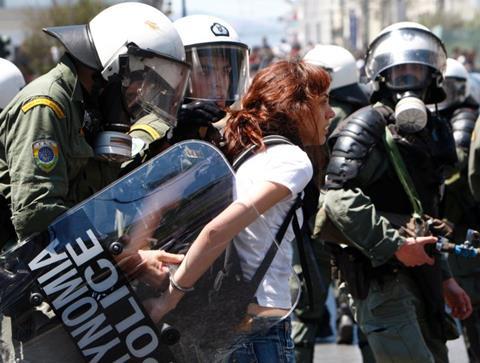 Italian and Spanish insurers are most exposed to a Greek exit from the eurozone, Fitch said today.

However, most German and UK insurers, barring Aviva and Allianz, are well-insulated from rising risks in the eurozone periphery.

Fitch said: “Future rating actions on Italian and Spanish insurers are more likely to be driven by the macro-economic environment and sovereign rating than the idiosyncratic credit fundamentals of a particular insurer.

“A Greek exit is not Fitch’s base-case scenario; but if it were to happen, Italian and Spanish insurance companies would most likely be placed on rating watch negative or experience limited downgrades following a similar action on the sovereign ratings - even if the exit were accompanied by an effective EU policy response, and relatively orderly. There would be a heavier hit to sovereign and insurance ratings in the event of a disorderly exit with material contagion to peripheral countries.

“Italian insurers have considerably more exposure to their own sovereign debt than is the case with Spanish insurers.

Fitch warned that the contagion from bank debt into the insurance sector was a potential threat.

the statement continued: “However, Spanish insurers are more exposed to the domestic banks, some of which may be reliant on the sovereign for support.

“New business for both Italian and Spanish life insurers is tailing off because of banks’ efforts to attract more deposits to shore up their financing, and reduced available income for households. The reduction in business has had the greatest impact on insurers that use a insurance model - in which they partner with a bank to sell their products - but the increasingly attractive deposit rates offered by the banks means the effect has spread to most companies as well.

“Of the other major insurance markets, the UK and German life insurers are largely sheltered from the sovereign debt crisis, at least in the event of a relatively orderly Greek exit; while the French companies have a more material, albeit manageable, exposure. Still, each country has at least one notable exception.

The statement said UK and German insures were resilient, but warned of exposures to Allianz and Aviva.

“In the UK, the notable exception is Aviva, which has significant exposure to Italy via its subsidiary. In Germany, most life insurance companies have only a domestic exposure as their modest size precludes international operations.

“However, the larger companies do have such exposure - the most significant of which is Allianz, which through Allianz Italy is the second-largest life insurer in Italy, and consequently holds a large portfolio of Italian sovereign debt.

“In France, the exception is Groupama, which recently announced a loss of EUR1.76bn for 2011. The loss stemmed primarily from write-downs on Greek debt and losses on holdings of equities.

“Insurance companies have tried to ensure that their assets largely reflect the geographical location of policyholder obligations and debt, to minimise possible mismatches in international subsidiaries that could be at risk.”