Insurance Act architect: how new law will change the industry 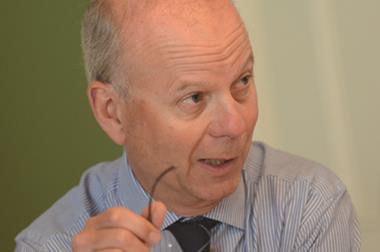 The Insurance Act should boost the image of the industry and put a greater focus on quality over price, one of the Act’s key architects hopes.

David Hertzell, now a consultant at law firm BLM, played a leading role in the Act, which came into force today. Before joining BLM in January 2015, he was law commissioner for commercial and Common Law between July 2007 and December 2014.

The Law Commission started its work on the Act back in 2006.

Speaking to Insurance Times about the Act’s introduction today, Hertzell said that he hoped it would improve the image of the UK insurance industry.

He said: “If you talk to the SME brokers they’ll say their biggest problem is getting enough time with clients because [insurance] is a grudge purchase, they don’t like it and they don’t trust it. That’s a pretty bad place to be for what is a very good product.

“If there is a little bit more time spent on it and the value is perceived to be better, then one would hope that you would see a virtuous circle starting up.”

But he added: “It will take a little while. It is not going to be an overnight change.”

Hertzell also suggested that the Act’s greater focus on policyholder outcomes could prompt a shift to focusing on the quality of cover an insurance policy provides rather than its price, particularly in the SME sector.

He said: “You might see a market for policies emerging rather than a market that is purely based on price. That might take a while but it is possible you might see something along those lines.”

He noted that when buying other products, customers understand that they will get a better product if they spend more money, but they do not appear to have the same understanding for insurance.

He said: “If you ask consumers or SMEs why one product is more expensive than others they have got no idea. They think it is just the same. And that isn’t good. It would be far better if the insurance market worked like any other market, where some attention was paid to the quality of what was being sold.”