Doubts remain over which Groupama broker will be next to strike out alone. Meanwhile, French insurer has announced 20% rise in profit in the first half of this year 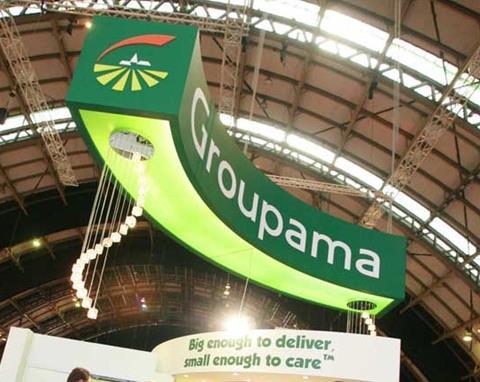 Lark has completed its management buy-out (MBO) from Groupama, but there are doubts over the sale of the insurer’s other UK broking assets seeking similar exits.

As revealed by Insurance Times, Lark’s management has bought back, for an undisclosed amount, the business sold to the French insurer in 2007. Lark’s buy-out was backed by Hiscox, which took a minority stake in the business, while Lloyds TSB provided a debt finance package.

However, uncertainty still hangs over Bollington and Carole Nash as the sale process drags on.

Manchester-based Bollington has been gearing up for an MBO since Groupama raised the ‘For sale’ sign over the UK in January. Gresham, Giles’s former private equity backer, was favourite to partner with Bollington, but is understood to be no longer involved in talks.

Bollington, whose staff and management, including chairman Paul Moors, have a 40% shareholding, still favours an MBO. It is believed to be pursuing private equity or bank cash to buy itself out of Groupama.

The future of motorbike broker Carole Nash is also unclear. It is understood that Groupama favours selling the business alongside its underwriting function as the two are closely aligned.

Groupama insures one-in-six motorbikes in the UK and posted a 40% jump in revenues in its motorcycle business in the first half of 2012.

Private equity and trade buyers have also been linked to the company. Moors and Carole Nash chief executive David Newman could not be reached for comment.

Following the Lark MBO, he said the business had “been a very consistent performer” and praised the management team.

He was in an upbeat mood after announcing the insurer’s first-half results as profit before tax and amortisation grew 20% to £22.2m from £18.5m in the first half of last year.

The insurance division’s combined operating ratio improved by 0.4 of a percentage point to 98.8% as its performance in personal lines offset deterioration in commercial lines.

Boisseau hailed the support the company was receiving from brokers and denied suggestions that the business would suffer as a result of the financial woes at its parent
company Groupama SA.

“As can now be seen by our performance to the end of June, we have done very well in what have been challenging times. We were only marginally behind budget after six months and our bottom line remains well ahead of where we expected to be.”

What is Bollington’s background?
Bollington was established in 1973 and is one of the UK’s largest brokers with more than 200 staff in offices mainly across the north of England. Groupama bought a 60% majority stake in the broker in June 2007, to add to its acquisition of Carole Nash in 2006. The insurer put all of its broking businesses - Bollington, Carole Nash and Lark - up for sale at the start of this year.

How has its downgrade to junk status affected Groupama’s parent company?
UK brokers are considering whether to continue placing business with Groupama UK after Standard & Poor’s downgrade of Groupama SA, to BB from BBB-. Groupama UK does not have a standalone S&P rating. Groupama UK chief executive François-Xavier Boisseau put the division’s 20% increase in profits in the first half of 2012 down to the support of its broker partners and the commitment of its staff.