Premium content: Moneysupermarket ads are the most complained about, says advertising regulator 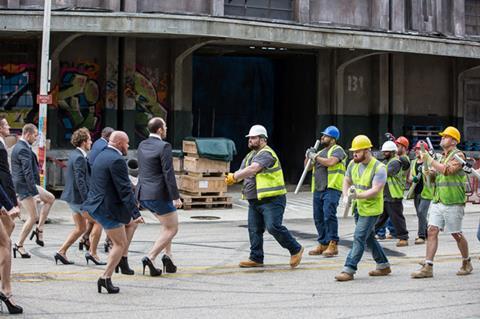 Moneysupermarket.com’s TV ads were the most complained about in 2016, according to the Advertising Standards Authority.

The comparison site not only captured the number one spot in the complaints league table for the second year running, its adverts also came in at number two and number four.

Together the three ads generated just under 2,500 complaints.

The ASA said all the complaints were made on the grounds of offence, despite the fact that 70% of all complaints to the ASA are about misleading ads.

“Our ads celebrate that epic feeling you get when you save money at MoneySuperMarket and our characters - particularly the iconic hotpant-wearing businessman - have become part of pop culture, generating countless parodies,” Moneysupermarket said in response to the ASA complaints.

“We’re always looking for entertaining ways to deliver a serious message and while our ads continue to fuel debate, it’s important to note none of the complaints to the ASA have been upheld.”

Topping the table with 1,063 complaints was a Moneysupermarket ad featuring a bodyguard dancing at a rally. The ASA did not uphold complaints that the dancing was overtly sexual.

The Moneysupermarket ad at number two showed a gang dance-off between a group of businessmen in denim shorts and high heels against a group of hard-hatted builders (pictured). The ASA did not uphold the 898 complaints that the advert was overtly sexual and homophobic.

At number four was another Moneysupermarket ad featuring a dance-off between two men. It attracted 503 complaints, which were not upheld.