After years of debate and negotiation, the Civil Liability Bill is now written into law

The Civil Liability Bill has received Royal Assent and is now law.

After months of travelling through the Houses, the Bill has finally been signed and is ready for implementation in April 2020.

“A victory for common sense”

Rob Townend, managing director of Aviva UK General Insurance, said, “Royal Assent of the Civil Liability Bill is a victory for common sense over the UK’s compensation culture. For too long, honest motorists have paid for a broken system which rewards fraudsters, claims management companies and injury lawyers at the expense of honest motorists.

“The Civil Liability Act will help make motor insurance more affordable, will reduce the number of injury-chasing nuisance calls, and will make our roads safer by removing the financial incentive for crash for cash fraudsters. Importantly, the new law allows insurers to focus on those with genuine injuries and claims, and ensure we help them when they need us most.

“Aviva, like most insurers, will pass on 100% of the savings from this new law to our customers.

“Having enacted this legislation, an increase to the small claims track limit is now needed to reduce the cost of whiplash claims by limiting lawyers to claims where their expertise is needed. This limit hasn’t increased since it was first introduced in the ‘90’s. For every £1 insurers pay in compensation, another 50p goes to lawyers.”

“The measures within the Civil Liability Act will deliver a more proportionate approach to whiplash claims and create a fairer system for claimants, insurance customers and taxpayers.

“The ABI has worked hard with politicians, civil servants and wider stakeholders to see these reforms through and it is great to end the year with Royal Assent.

“The clock is now ticking on the first review of the Discount Rate and we will keep the pressure on to have a new Rate set as quickly as possible, and to support the introduction of the new claims portal.”

But the Bill has had its criticisms in the past, mostly from claimant lawyers, but with some coming from insurers themselves.

Andy Watson, chief executive of Ageas UK said at the ABI Motor Conference last month: “I don’t see how this Bill is a win for insurers? They have promised to pass on any savings.”

But, with regard to the predicted saving, he said it was a “sensible” calculation from ”a snapshot of the market at the time,” suggesting the £35 figure could be optimistic.

John Hyde, deputy editor at the Law Society Gazette said other charges will cancel out the proposed savings.

To that, Watson said: ”It may well be true that, without the Civil Liability Bill, premiums would have been £35 higher than they would otherwise be, but you will have claims inflation in other heads of damages.”

Carpenters Group director, Donna Scully has been very vocal on her concerns surrounding the Bill and particularly the LiP Portal which is still being built.

She said, speaking at the Motor Conference: “I think we are rolling out the red carpet for CMCs.

On Monday, the FCA published updated plans for regulating CMCs, as it is taking over the mantle from the Ministry of Justice in April 2019. 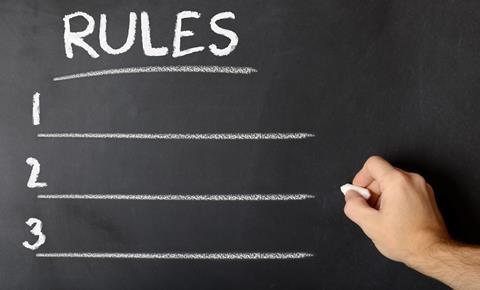