Fraudster on the run after being given hefty jail sentence

Two fraudsters were sentenced after multi-million pound crash for cash scheme, but one absconded and is currently on the run

Two fraudsters have been sentenced to a combined 18 years in prison for a cash for crash scheme, but one has absconded and is currently on the run.

Boota Ram and Gagandeep Gagandeep, both of Faraday Road in Slough, were found guilty after a four-week trial at Reading Crown Court.

It was discovered that the fraudsters were commonly breaking erratically and carrying out dangerous manoeuvers at mini-roundabouts around the Slough area, causing other drivers to crash into them.

The fraudsters would then hand out ‘crib sheets’ which contained their personal details including their telephone number and insurance information to their victims at the crime scenes.

These ‘crib sheets’ were analysed by the IFB who were able to connect multiple collisions to one another due to the common handwriting and telephone numbers. These telephone numbers were later found on the suspect’s personal mobile phones and used as evidence in the trial.

The investigation began in September 2014. The IFB began investigating a number claims which appeared to be linked to suspicious car crashes in the Slough and surrounding areas. It then worked with their insurer members to understand the characteristics of the claims and a pattern began to emerge.

In total, IFB were able to identify over 500 deliberate crashes with a similar amount of fraudulent policies taken out to cover their vehicles until the crash. The types of claims being submitted meant this scam was worth millions of pounds.

A computer seized showed the fraudsters had been keeping detailed records of the fraud and a car that was on the drive of Gagandeep and Ram’s home address was found to have around 80 fraudulently obtained driving licences and passports in the boot.

But, Ram, who was sentenced to nine years for conspiracy to commit fraud and another six years for two counts of possession of articles for the use in fraud, failed to turn up to court for the conclusion of the trial.

A warrant has been issued for his arrest and Thames Valley Police is urging anyone who may know where he is to come forward and get in touch.

Lucky no one was more hurt

Jason Potter, head of investigations said: “It’s lucky that no-one was more seriously hurt in this greedy and dangerous scam. These criminals put the lives of people in their own neighbourhood in danger, deliberately colliding with innocent members of the public just to line their own pockets.

“This case is a great example of the insurance industry and police working together to put a stop to crash for cash scams, which plague the industry, our roads and ultimately our society.

This scam was worth millions, and it’s down to the hard work, tenacity and patience of all those involved that have ensured these fraudsters have been held accountable for their crimes.”

Investigating officer detective constable at Thames Valley Police, James Rex said: “These offenders have been working on a complex and sophisticated fraud which has involved hundreds of victims and insurance companies. We have worked closely with the Insurance Fraud Bureau and insurance companies to bring an end to this fraud.

“We are very happy with the sentences as it reflects the seriousness of the crime. Thames Valley Police takes reports of fraud extremely seriously and will investigate thoroughly to bring offenders to justice.” 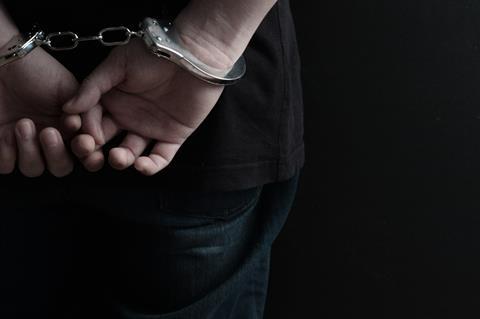