The broker launched an app and completed the implementation of Guidewire

This was for its annual results, year ended 31 December 2018.

The broker has improved its top line.

He said that this is the firm’s biggest achievement this year.

But he said the firm has grown with discipline, “we have continued to increase our prices, so our average premiums are up 1% and that compares to the market which is down about 1.5%.”

He said this played into the firm’s underwriting discipline.

“We have grown continually for a number of years now and that’s really just reflecting the underwriting discipline that a company like ours needs to be very much on top in an environment where claims inflation is growing at 6% and premiums only growing at 1%.”

Hoskins said in this instance you need to be very disciplined in your underwriting but agile in your business model.

This continued profitability was excluding £14.6m of prior year VAT recovery and the £7.0m impact from adverse weather in Q1. Adjusted operating profit was broadly flat at £183.0m.

There was an increase from the previous year due to adverse weather in Q1 and claims inflation, which was 6%.

And he was quick to thank his staff. He said: “As ever, my personal thanks also go to my 3,400 colleagues for what they do for our customers and each other, every day.

“It is their hard work, support and the culture they have created that makes Hastings different,” he added.

Hastings staff delivered a positive colleague engagement score for the firm, which is at a level associated with best in class employers.

Hoskins said that over 90% of its business comes through price comparison websites especially for motor.

The broker rolled-out a new mobile app and enhanced functionality on the customer portal which enables the most common policy changes to be made online.

Additional functionality for this is to be launched in 2019.

It cited that 26% of total loss claims are now being settled through its end to end digital total loss tool.

Van der Meer added: “We have made good progress on building our next generation technology solutions including our core platform, pricing, anti-fraud and digital capabilities in particular.”

Hastings completed the implementation of its Guidewire programme this year across claims, broker and billing and builds a digital layer on top of it.

This provides the firm with a scalable platform for future growth as well as allowing the streamlining of claims and enabling customers to interact digitally.

Hoskins said this was another big achievement as it’s a complex platform to implement.

Richard Hoskins, Hastings chief financial officer will be succeeded by John Worth in the coming months.

Other additions to the leadership team include Mark Parker as chief operating officer and Elizabeth G. Chambers as an independent non-executive director.

The firm also launched gender, ethnic and age workforce diversity programmes to strengthen the diversity and power of the workforce.

The broker also expanded its panel of home underwriters with three additional ones.

The board remains confident in its profitable growth opportunities driven by competitive advantages such as agile pricing, anti-fraud capabilities and digital distribution.

Hoskins added that Hastings will continue its growth in home and motor. Hastings has a 7.5% market share in motor - it aspires to increase this.

It said it continues to maintain its discipline in underwriting and agility in pricing and develop its home and motor book.

Open Insurance the new concept that could better manage data 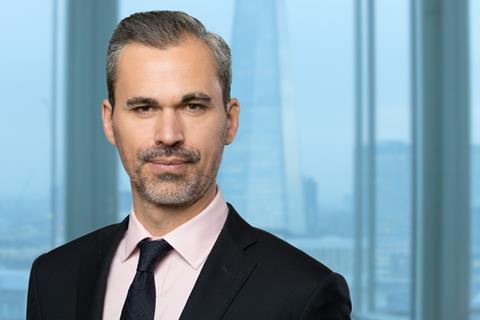