More people prefer online claims than to talk on the phone

Research by Minster Law finds a shift from telephone claims to online, but the age demographics may surprise you

More people prefer to deal with claims online, as opposed to dealing with a human being over the phone.

That is the result coming from a new report by Minster Law, commissioned by Consumer Intelligence.

But the split is narrow, with 50% preferring online processing compared with 45% wanting the human touch. The other 5% were undecided.

The UK-wide survey, commissioned from Consumer Intelligence, was carried out to gauge consumer attitudes towards the use of the technology in the claims process.

Many in the industry have claimed that younger people would prefer to make their claim online, but the survey revealed that it is those aged between 35-54 who prefer it to be online.

55% of people in that age range were in favour of a completely online claims process.

She said: ”“It’s not surprising that people aged 35-54 are most likely to prefer to do things online – they’re the most likely to be responsible for managing insurance for the household, and they tend to have the most demands on their time.”

Unsurprisingly though, the over 55’s were the most in favour of speaking on the phone. But the younger generation, those under 35, were just as cautious in giving their information to a robot as the over 55’s.

Woolham suggested that because the younger generation have grown up hearing about data breaches and hacks, they are more protective of their data.

”I think the 35-54 age group are fine with giving their data because they want an easy life. Now, this is a steretype but our research found that those in that group are more willing to hand their information over without asking too many questions.

The survey also reveals that simplicity, speed of claims processing, and peace of mind are more important to most people when it comes to insurance than getting the cheapest premiums.

Woolham thinks people’s priorities change depending on whether or not they have made a claim.

”If they are getting their insurance for the first time or they have never made a claim, in the age of the aggregator, it is all about price.

”But, if they have made a claim and gone through that stressful process, their priorities change and they want a company who will sort their claim quickly and simply.”

Woolham said that Minster Law had developed its own online small claims journey, but has built in the chance for customers to speak to a human being if they want to. And she warned that Government plans to build a fully online portal to manage injury claims, due to be implemented in 2020, risked excluding hundreds of thousands of claimants who couldn’t or didn’t want to manage their claim online.

She said: “That same 35-54 UK demographic is largely responsible for decision-making, including policy decisions within government. Our research shows that not everyone shares their enthusiasm for technology.”

“At Minster Law our overriding objective was to understand exactly what our clients wanted and build from there. It is pointless and expensive to impose a system that suits the administrator, but not the customer. We hope the MoJ and the MIB (sponsors and builders of the new portal respectively) are listening and we’d be delighted to share our research with them.”

With the increased danger around cyber attacks, and the younger generation’s skepticism towards handing over their precious data, Woolham could not see where the shift will lie in the future.

”I am not sure we are going to see the shift change much. As our research shows, younger people are very protective and the generation after them will surely be the same.

“Whether their attitudes change when they get a little older and they have more responsibility, we will have to see.” 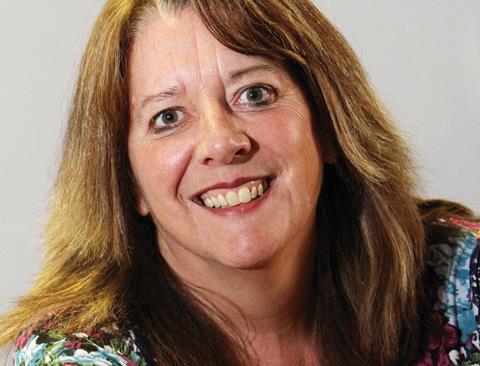