The average price paid by motorists for their car insurance has fallen by £32 between Q4 in 2020 and Q1 this year, indicating the biggest quarterly drop in annual premiums since 2012, according to research published today (30 April 2021) by the ABI.

This is also the biggest quarter-on-quarter drop since the ABI started collecting this data in 2012. 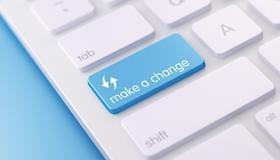 The ABI’s Tracker is reportedly the only survey that looks at the price consumers pay for their cover, rather than the price they are quoted.

Emerging from the pandemic

The ABI’s manager of general insurance Laura Hughes said that while the pandemic lockdowns may have led to fewer journeys on the road, it is “good to see that during the first quarter of the year motorists continued to get the best deals from a competitive motor insurance market”.

According to the ABI, the drop in price reflects insurers passing on cost savings from fewer claims settled during the previous national lockdowns, despite continuing cost pressures around rising repair bills.

Another contributing factor is fewer young drivers on the road as a result of driving test restrictions in lockdown - this demographic are more likely to pay higher motor premiums.

Hughes continued: “The next few months will see significant developments in the motor market as we cautiously emerge from the pandemic, returning to more usual driving patterns.

”And the introduction at the end of May of the Official Injury Claims portal will simplify the whiplash claims process while ensuring proportionate compensation for genuine claimants.

“While underlying cost pressures around rising repair bills will remain, the market will stay competitive, enabling motorists to shop around for the best deal for their needs.”

The UK government’s Official Injury Claims portal will come into effect from 31 May.