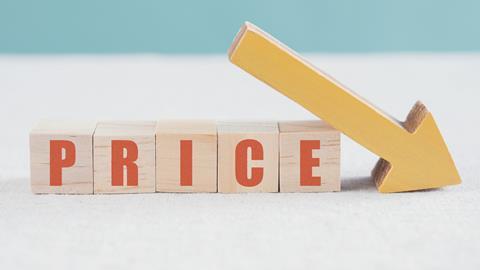 Motor insurance prices saw a “sharp” drop of 5% in quarter one of 2021, mirroring the same premium reduction that was recorded across the whole of 2020, according to data from Pearson Ham’s latest Quarterely Market Price Index, published in July 2021.

This decline was continued in quarter two, although at a slower rate - prices dropped by around 0.8% in 2021’s Q2.

In the second quarter specifically, April and June were relatively flat, with the biggest price reduction for motor insurance being observed in May.

The greatest price reductions in motor premiums were applied to drivers aged between 30 and 50 during Q2 - however those aged over 60 saw little movement in their motor premium prices between Q1 to Q2.

Furthermore, home insurance prices have also decreased during quarter two this year - Pearson Ham predicts this will continue as the sector lacks the levelling off seen in motor insurance in Q2.

Contents insurance prices have also fallen, with an overall drop of 1.6% recorded in 2021’s quarter two.

In April 2021, contents insurance was the only product that saw an increase in pricing - however, May and June saw further price reductions to a larger extent than previously reported.

Where there are price reductions, Pearson Ham’s director of insurance pricing Stephen Kennedy explained that the insurance market is “starting to see much more targeting”, with “different strategies being played out” across England, Scotland and Northern Ireland.

Considering the FCA’s general insurance pricing remedies, which need to be fully implemented by the end of the year, Kennedy highlighted that a potential strategic opportunity for insurers is “cashing in” to “drive as much high tenure business as possible before the regulations change”. 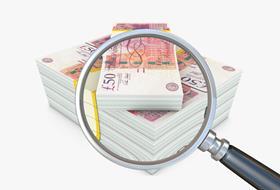 Kennedy said: “Looking at the price movements that we’ve seen over the past 12 months, there’s certainly some evidence to support [cashing in] as a strategy.

“There’s the Ministry of Justice portal and whiplash reforms and again a potential there – an external market force – to push prices downward, so it’s not just the FCA changes that are coming up.

”There are other factors at play which could be influencing the way that prices are moving.”

Other potential strategies insurers may wish to employ alongside the upcoming pricing reforms include introducing additional levels of product, improving risk modelling, rate offsetting where prices are rebalancing and legitimising pricing increases based on information that is known about an individual customer at the point of renewal. For example, using telematics data to assess driving behaviour.

Kennedy explained that the price reductions in Q2 could have been influenced by rate offsetting.

Therefore, insurers could now cash in and drive more volume in areas where retention rates are traditionally higher in order to retain more customers when brought on board, regardless of what pricing looks like when it comes to renewal.

Moving forward post-pandemic, Kennedy expects to see a continuation of insurance prices levelling off until August, before prices increase again ahead of regulatory changes that will see renewals and new business prices start to rebalance.

He also predicts there will be a “deterioration in loss ratio, which will be looking to force prices upward”.

Referencing rate offsetting, Kennedy said: “I would expect that to increase as we move into the next stage of the year, so the second half. I think there will be a lot more of that going on.

“It’s certainly an unprecedented time in the market at the moment and an understanding of when and how prices are moving is going to be more important than ever this year and into next year.”

The data was derived from Pearson Ham’s daily market price tracking service, which involves a panel of consumers who have given permission for the consultancy to obtain insurance quotations on their behalf through four comparison sites – Compare the Market, Confused.com, GoCompare and MoneySuperMarket.