Motor insurer maintains focus on COR rather than growth

Sabre Insurance Group reported higher profits and an improved underwriting performance in the first half to June, its first results announcement since its IPO last December.

But the group forecasts a flat performance in the second half and the year as a whole.

The group credited its stronger first half performance with maintaining its focus on COR over growth in what it said were “relatively weak” market conditions.

“Pricing action earlier in 2018 to reflect improved claims trends allowed the level of GWP to return to 2017 levels whilst maintaining the group’s underwriting discipline,” it said.

GWP slipped slightly to £108.8m in January-June from £109.1m a year earlier. COR improved to 68.61% from 71.65%, which it said reflects the strong profitability of business written in the period under review and prior-year releases..

A solvency coverage ratio of 209% (179% after payment of the interim dividend), above the group’s preferred normal operating range of 140-160% gives the company the option to return surplus capital to shareholders through a future special dividend, it said.

Chief executive Geoff Carter said: “Sabre’s core principle to focus on underwriting profitability over volume has allowed the group to protect its combined operating ratio throughout the first half of the year, despite some downward pressure on pricing.

“Sabre took pricing action to reflect observed reductions in the frequency of small claims earlier in the period under review. It is apparent that other insurers made similar adjustments, some earlier than Sabre, which meant that we lost some market share in the first few months of the year,” he said.

”Whilst it does appear that the wider market has entered a phase of weaker pricing, I believe Sabre is positioned to trade well through the prevailing market conditions, and remains somewhat insulated from wider market movements due to its non-standard market positioning,” Carter said.

He forecast that claims inflation will continue, and he expects price increases in the second half on this year. He added that full year 2018 GWP will be in line with last year.

“We anticipate delivering a financial year combined operating ratio better than our mid-70% target and slightly higher than for the full-year 2017,” he said. 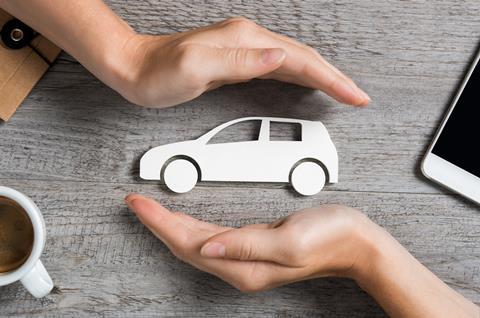