Two out of three homeowners and renters feel it is admissible to manipulate the truth in order to get a cheaper insurance quote online, according to research by global data and analytics company LexisNexis Risk Solutions.

Its report, A Clearer View of Claims to Help Fight Fraud, found that around half of surveyed consumers who have already recently filed a claim are more likely to consider adjusting or exaggerating a future claim in order to get a larger pay out. 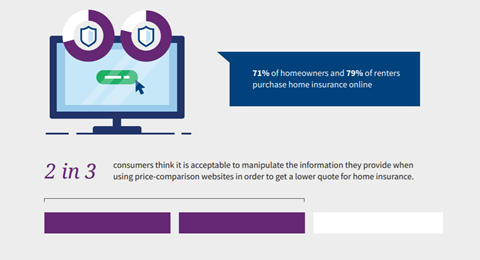 Furthermore, nearly nine in 10 consumers who have already recently filed claims think home insurance providers seek to avoid paying out on claims at least some of the time.

The report suggested that home insurance providers need to know more about past claims related to both the individual and the property in order to better price, underwrite and support the claims process.

Neill Slane, senior manager of claims in UK and Ireland at LexisNexis Risk Solutions, said that home insurance is a “highly competitive line of business” which has had “very little movement in premiums over the past seven years”.

Approximately 71% of homeowners and 79% of renters purchase home insurance online.

He continued: “Insurance providers need to differentiate themselves in pricing and claims, as well as tackle the common misconception identified in our research that they actively try to avoid paying out claims at least some of the time.”

The study disclosed that more than one in three of those who think providers try to avoid paying out claims do this all the time.

Slane said: “Understanding and applying this insight has become even more important with the FCA’s new pricing regime on the horizon and in recognition of the fact that in times of economic hardship, individuals under financial stress may be tempted to exploit opportunities to commit fraud. This could be not declaring a past claim for a cheaper quote or exaggerating an accidental damage or weather-related claim.” 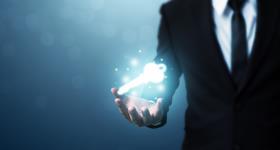 He added: “Fundamentally, home insurance providers need a much more granular understanding of past claims to help inform every part of the customer journey to improve pricing, underwriting and claims processing, as well as reduce fraud risks.

“The market-wide claims contributory database we are now building will offer that level of insight, providing the basis for building a faster, more seamless quote and claims experience - and as a means to boost fraud detection.”

The ABI’s fraud data suggested that cases whereby people are bending the truth typically consists of non-disclosure of previous claims.

The association’s 2020 annual insurance fraud figures highlighted that fraud was up over 200% in comparison to the previous year, which counted 760,000 cases of fraud, worth £1.4bn.