It is the UK-based company’s first acquisition which it said marked a “major milestone” for the group. Using its technology, it said that it is now tracking seven million vehicles in 190 countries worldwide, a figure that has doubled in six months.

It also announced the opening of a new office in Manchester serving as a tech hub and centre of excellence. It will office will support the firm’s 150 strong team in the US and its Tattenhall headquarters just outside Chester.

The deal gives wejo an “on the ground” presence in Silicon Valley’s San Jose with Carjojo’s 10 employees. They are a range of data architects, programme developers and computer engineers who will work closely with wejo’s field-based auto experts in the US.

He said: “The acquisition of Carjojo is a really exciting development for wejo as it enables us to understand even more about the car market in the US and it’s a great fit for the business as we look to create the world’s leading automotive data insights company. In the rapidly evolving car ecosystem, wejo is now even better placed to understand and monetise the data produced by car owners and drivers around the world.

“Our new Manchester office is also a great step forward and we will no doubt attract the region’s best talent. We are immensely proud of being part of the high growth development in the Northern Powerhouse region and look to the future with confidence.”

Wejo specialises in analysing car data, the acquisition means the firm now has access to a new data set giving it insight and intelligence across vehicle ownership and lifecycle in the US presenting a live and comprehensive picture of the market.

Its data can be used to predict breakdown, analyse collisions and monitor a car’s impact on the environment.

The connected car market is predicted increase to over 250m cars by 2025, at present approximately 1.7% of the world’s cars are connected and 7.4m vehicles are tracked by wejo in over 190 countries, with 20 million cars expected to be on wejo’s platform by the end of 2019.

Carjojo is an automobile buyer’s information site and negotiating service supporting consumers looking for the best deal when purchasing a car in the US. It uses big data and propriety algorithms to analyse the 17 million new cars for sale in the US predicting the lowest prices. 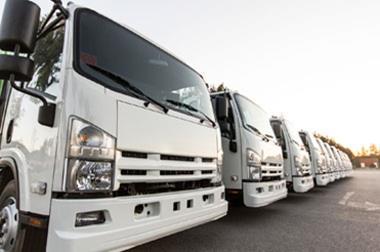