Zurich UK’s general insurance business returned to profit in the first half, as underwriting discipline and a focus on SME business helped it offset the impact of winter weather claims.

The GI business announced an operating profit of £75.9m for the first half. That compared with a loss of £123m last year after the effects of the cut in the Ogden personal injury discount rate, and represented a gain of 24% on the underlying £61.1m it posted last year excluding Ogden.

GWP was flat in the first half at £1.2bn, while the combined operating ratio improved to 95.5% from 99.2% excluding Ogden and 119.0% including the effect of the rate cut.

“Zurich has delivered strong first half figures in the UK, with an all-round improvement in the underlying performance of the business,” said Zurich UK chief executive Tulsi Naidu.

She said the impact of the severe wintere weather was offset by “The strength of our underwriting discipline, and an emphasis on shifting the mix of our business by growing in the mid-market and SME segments.”

The period saw the disposal of Endsleigh and the acquisition of Oak Underwriting from RSA, “making us one of the leading high net worth players in the UK,” Naidu said.

She added that the company is working with insurtechs like Laka on high end bike insurance and Spixii on claims.

Zurich to focus on MGAs with new appointment 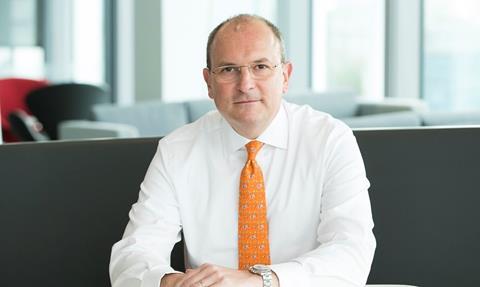