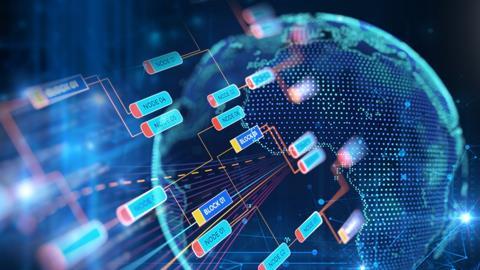 AIG, Chubb and Covéa are among 23 latest insurance industry firms to sign up for global B3i blockchain testing programme

Twenty-three insurance industry firms have signed up to take part in the Blockchain Insurance Industry Initiative (B3i) blockchain market testing programme. B3i also announced that it will have a new structure from early 2018.

The latest group of companies to sign up to the blockchain testing programme includes big names such as AIG, Chubb and Covéa (see table below).

The group intends to examine how distributed ledger technologies can be used to benefit the insurance sector. Members of the B3i initiative now include companies from eight different continents.

B3i’s Paul Meeusen said: “I am very pleased to welcome 23 new companies to B3i. In less than a year B3i has become truly global, both in terms of the work we are undertaking and the companies we represent. We look forward to working with the new entrants who will take part in our market testing, and to learning from each other’s expertise and experience”.

Testing of the prototype platform will begin this month, with companies expected to simulate the creation and management of property catastrophe insurance contracts. The process will start from the initial set up of a contract through to the automatic claims payment calculation.

The insurers, reinsurers and brokers will be invited to provide feedback, which it is hoped will lead to a functional platform by the second half of 2018.

B3i also announced that it intends to implement a limited liability company structure by early 2018. It will have commercial operations, as well as a research and development function.

Which companies are taking part in the B3i blockchain initiative?