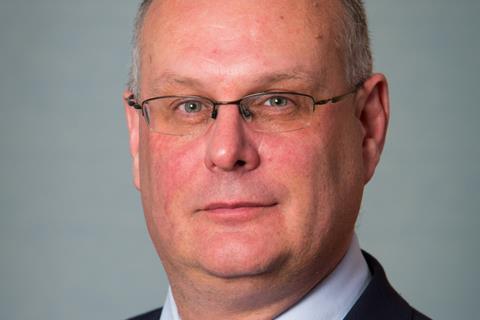 RSA has confirmed that UK commercial managing director and global broker relationship director Jon Hancock is leaving for Lloyd’s at the end of October.

Lloyd’s has also confirmed that Hancock will become director of performance management at Lloyd’s, a role previously held by Tom Bolt, on 1 December 2016.

RSA said the search for a successor is underway and that Jon would continue to lead the UK commercial business until the end of October.

RSA UK and western Europe chief executive Steve Lewis said: “After over 25 successful years at RSA, Jon Hancock is leaving RSA to take up the position of director, performance management at Lloyd’s of London.

“Jon has held a number of senior roles during his time at RSA, most recently leading the UK Commercial business for five years during which he has repositioned the shape and performance of the business.

“We are grateful to Jon for his support, dedication and service, but knowing Jon’s passion for the wider insurance industry, his new role at Lloyd’s provides him with an interesting new chapter in his career. He will be missed and we wish him every success for the future.”

Lloyd’s chief executive Inga Beale said: “This is a tremendous appointment for Lloyd’s and for the market. Jon is a man who has lived and breathed insurance his entire working life and understands instinctively the challenges facing the market and how we should respond to them.

“It says everything about the attractiveness of the Lloyd’s brand that Jon wanted to come here after a career at RSA where he has held senior positions in the UK, Asia and the Middle East. I look forward to working with him.”

Hancock said: “It has been a real wrench for me to decide to leave RSA after such a long, varied and enjoyable career there, but the opportunity to work with Inga and the Lloyd’s market is one which is impossible to ignore and one which I am incredibly excited about.

“Lloyds is a unique and wonderful brand, and one I am extremely proud to be joining.”