More than half of brokers in see overall economic performance as key to commercial lines business, with about the same amount expecting more from this sector this year 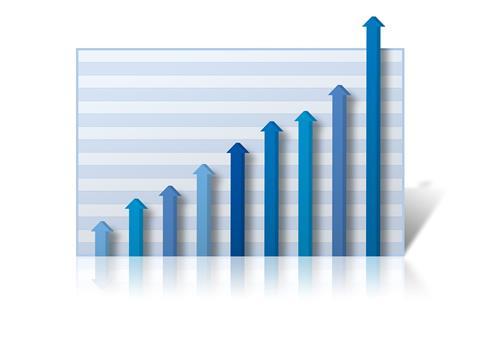 With the UK economy forecast to grow by up to 3% in 2015, it is clear in this month’s survey that brokers expect a welcome boost to their business. Respondents unanimously agreed that the UK’s continued recovery is critical for commercial lines growth.

Other opportunities within commercial lines could divide the winners from the losers in 2015. Commercial combined and cyber liability are the two lines most likely to see the fastest premium growth this year, said our respondents, followed by construction and engineering.

But clients are not as aware as they should be of emerging risks such as cyber. More than half of brokers felt UK companies were more concerned with the performance of the economy, competition and access to talent than they were with cyber liability (9%) or supply chain risk (10%). Perhaps reflective of this year’s relatively benign winter is the fact only two per cent thought clients would be concerned about natural catastrophe risk. 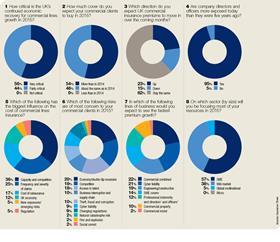 One of the clearest signs so far that the UK commercial insurance market has bottomed out was brokers’ predictions that rates would either stay the same or go up in the coming months (85%). The plentiful capacity and intense competition between carriers is the primary cause of current pricing, according to respondents. But with only 15% anticipating further rate falls in 2015, there is a clear feeling that prices cannot get lower.

More than half of broker respondents will be focusing resources on SME in 2015. “SME remains the bread and butter of most general insurance brokers,” said one. “These are loyal companies not on the nationals’ radar and therefore good business to win and keep.”

Most respondents felt SMEs are no more exposed to claims than they were five years ago, but noted small firms are less resilient than they were before the recession. In terms of claims trends, fraud remains a feature, with spurious employer’s liability and public liability claims, such as ‘slips and trips’ and industrial deafness becoming increasingly common.