Insurers will face a motor claims bill of £35m after six days of ice and snow, according to AA estimates

The AA has estimated that insurers are likely to face £35m worth of claims for car damage, following the combined impact of the Beast from the East and Storm Emma.

AA insurance director Michael Lloyd has said that the consistent snowy and icy conditions is a once-in-a-decade-event.

By Sunday 4 March, the AA estimates there were 28,000 incidents nationwide due to the snow and icy conditions. It calculated this by scaling up its market share to the total number of cars on British roads.

According to Lloyd, around 30% of motorists chose not to drive as the week continued, particularly in north-east England, central Scotland, Wales and the West Country.

Lloyd compared driving in the icy conditions to “fairground dodgems”, with increased chances of an accident.

However, he added that most collisions were minor, due to the slow speeds people were driving at.

The greatest number of collisions happened because drivers lost control on bends, gradients and junctions. This was followed by tail-end collisions and hitting objects such as bollards, walls, lamp-posts and in at least one case a bus shelter.

Lloyd continued: “Although there were some serious accidents, most amounted to dented panels and pride with collisions being enacted, dance-like, in slow motion.”

He added, “Several drivers also ending up off the road in hedges, ditches or fields – and in one case in the driver’s own front door.”

On Monday, which was the seventh day, the total number of drivers helped jumped to 108,000.

Most calls for cars stuck in the snow as well as insurance claims came from the South East and East Anglia, followed by the South West, then the Midlands and North East.

AA roadside operations director David Brambell commented: “For many drivers, these conditions were absolutely unprecedented.  I’m glad that many people decided to stay at home but nevertheless, we recognise that many people simply had no choice but to face these awful conditions and we’re glad we were out on the road with them to help make sure they got to where they needed to be.”

What the Great Storm of 1987 taught the industry - Analysis 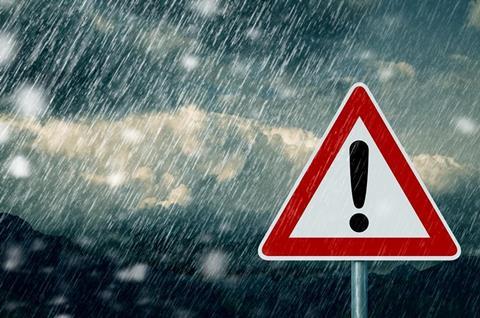