Claims Clinic: Into the fast lane 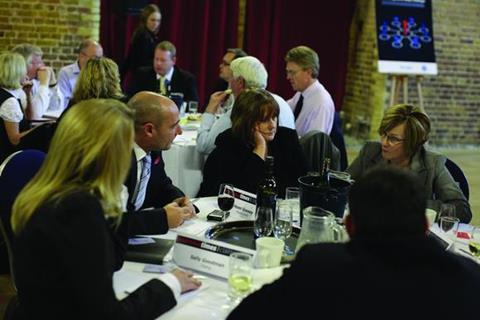 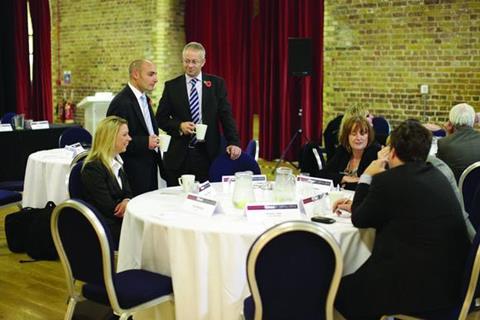 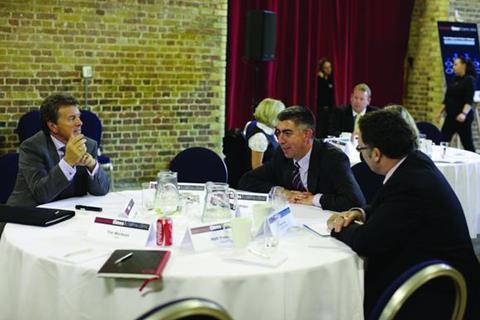 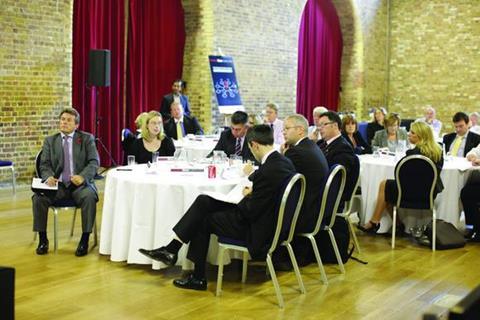 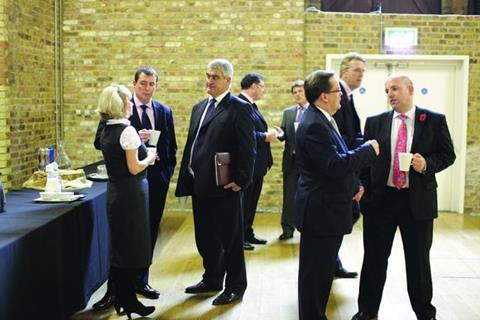 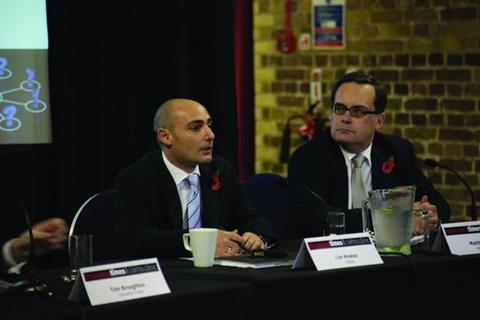 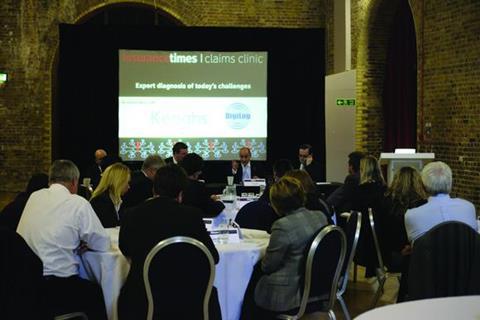 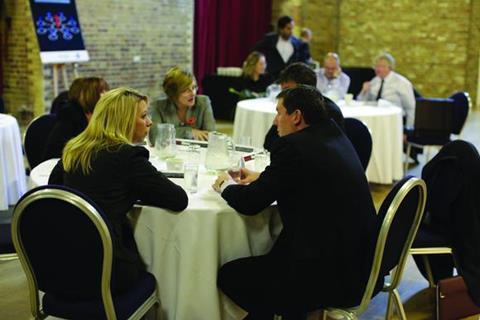 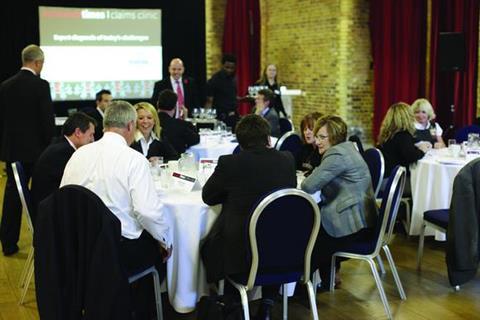 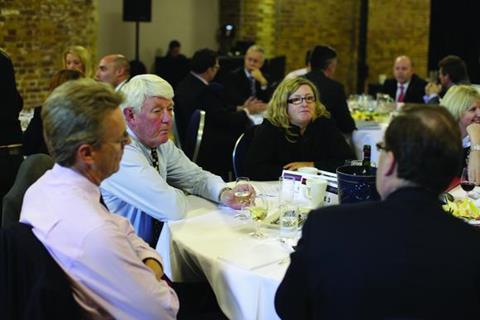 With the forthcoming Ministry of Justice reforms expected to narrow the window for deciding liability to just 15 days, the latest claims clinic asks if this will provide a valuable opportunity to step the process up a gear

The latest Insurance Times claims clinic focused on the growing challenges confronting insurers dealing with motor claims. In a lively debate, the panellists grappled with the merits and potential pitfalls presented by the pending Ministry of Justice reforms and looked at the industry’s efforts to combat the growing problem of fraud.

Law firm Keoghs’ director of strategy, Don Clarke, acknowledged that the MoJ reforms represented a huge challenge for many insurers. Keoghs provides claims-related legal services to insurers, insurance-related organisations and companies. Up to now, insurers have been able to decide on the liability of a claim in time-frames of between 60 and 90 days. Under the new reforms, due to be implemented in April 2010, this has been slimmed down to just 15 days.

But Clarke said most insurers now accepted they would have to get to grips with the forthcoming changes. “None of the insurers that I have talked to think it is going to be easy, but they are all intent on meeting the requirements. And they have to – that is the reality if they are going to take advantage of the opportunity,” he said.

Clarke added that the reforms presented an unparalleled opportunity to clamp down on claims costs, and this was something that few insurers could afford to miss out on. “I think at the end of the day they will react to it because they know they have to,” he said.

AXA’s head of liability claims, Matthew Scott, said the industry should seize the chance presented by the reforms to prove its commitment to improving the claims process. “The new MoJ process represents a real opportunity for insurers to demonstrate to claimants and to the government that we are able to deal swiftly and fairly with compensation claims, and that justice will still be served despite a lower level of legal costs being recoverable in the process.”

Some delegates questioned how insurers would be able to cope with the tight deadline, given that many staff in claims departments were already stretched. Clarke speculated whether the reforms would lead to a greater or lower degree of outsourcing.

But Scott said that good-quality staff would be well-equipped to deal with the new streamlined claims process.

“We will be ensuring that claims are allocated to experienced injury claims staff, who can make the necessary decisions swiftly while ensuring that our customers are kept fully informed and involved in the process.”

Scott believed there was too great an emphasis on the potential restrictions of the reforms within the industry. “There is a lot of focus on saying ‘you having only 15 days to do that and 15 days to do this’, but the components are quite simple,” he said.

He believed that insurers should adopt simple yet effective approaches to tackling claims in the new streamlined process, asking straightforward question such as: ‘Do you think the policyholder was liable for the accident? Do you think the amount of money claimed for should account for the injuries described?’ “That is pretty much all there is,” he said.

The panel then turned its attention to the problems posed by the mounting costs of organised and opportunistic fraud and how the reforms would affect the future identification of false claims.

Clarke said that more organised fraud was being uncovered. “In particular, we are seeing a rise in direct and internet-based fraud. It has been impacting on our clients quite substantially and seems to become more organised as time goes by.”

He said it would be valuable to see a study comparing the levels of fraudulent claims filtered through insurers’ direct websites or via brokers and comparison websites.

He pointed out that Keoghs was currently identifying a high proportion of fraudulent activity on comparison websites.

“A lot of it is internet-based because it is quite easy to sit at your laptop and punch in a few names, punch in a few details and choose the one you want to go for. The accessibility of your basic insurer is also available to your average organised fraudster,” he warned.

Lior Koskas, business development director at technology provider Digilog, said that while there were a lot of resources in place to fight organised fraud, the industry needed to focus more on opportunistic fraud. He believed perception of this crime as “easy” and victimless was a major barrier to progress. “Everybody thinks it is just a little white lie,” he added.

Clarke said the MoJ process could present fresh concerns when it comes to fraud, as insurers would need to ensure that they have the correct validation and identification processes in place to spot a possibly fraudulent case.

Koskas believed the MoJ’s definition of fraud and the recommended means of combating it needed to be clarified.

“There are no definitions of fraud or details on how they are going to be able to identify fraud within the timescale they are talking about.”

He felt it was vital for insurers to invest in the appropriate technology to combat the problem. “You need to take advantage of the claims technology that is in the market. This is where you are going to get your savings in terms of fraud protection.”

The panellists tackled the widespread perception in the industry that investment in such new technology could prove costly and hamper the delivery of a quick and efficient service to genuine claimants.

“It is not going to delay anything. It is the other way around,” Koskas argued. “It will allow insurance companies to identify fraud more quickly and will help them to identify genuine customers more quickly, putting them on a fast-track route … It is all about giving customer service to genuine people rather than people who try to defraud the insurance industry.”

Koskas pointed out that Digilog’s current rate of detection was 15%-30% for fraudulent motor claims and up to 45% for fraudulent property and household claims. He said that despite the costs of implementation, insurers could make significant long-term gains.

“Our clients can see a direct return up to 40 times the amount they invested,” he said.

Scott believed that a balance between fraud detection and customer service could be struck. “Fighting fraud is important for the protection of all our genuine policyholders, and AXA will stay firmly focused on fighting back against those who wish to make unwarranted claims and push up premiums unfairly,” he said.

“We do, however, recognise that the overwhelming majority of our customers make legitimate claims and we remain committed to giving them a fast, fair and effective claims service.”

Scott also pointed out that while the economic climate definitely increased the public appetite for opportunistic fraud, insurers must be careful to draw a line between a potentially serious fraudulent claim and one that may be slightly exaggerated. “If somebody is optimistic about the value of the total loss, the question is whether that is fraud or a genuine claim.”

He said such scenarios required good management and communication skills to retain a good relationship with the insured. “To me, that is not fraud. It is a customer service opportunity,” he added.

He was also confident that the new process would not promote increased levels of fraud.

“The new MoJ process for injury claims should not give rise to undue risk of more fraudulent injury cases,” he said.

“The formal rules for the process are still being developed, but it will remain open to an insurer to introduce evidence of alleged fraud at any stage in the process, in the same way that we now can within the current pre-action protocol.” IT