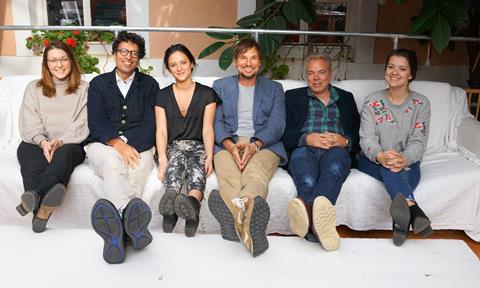 Hiscox veteran-led Kinsu has completed its second round of funding and launched on Android, in addition to padding out its top team.

The contents insurance app, which was founded by previous executive vice president and underwriting director of Hiscox Bermuda, Christopher Sharpe and has former Hiscox managing director Russell Merrett on its top team, has now raised a total of £1.25m over two funding rounds.

Kinsu has also announced a slew of new hires, with Cate Walker joining as head of insurance. Walker started her career at Hiscox Syndicate 33 and has specialised in war, terrorism and political violence insurance.

Basso has spent the last four years at Yell.com, while Ruivo has worked with early-stage start-ups such as fintech company, Divido which has raised £2.9m.

Chief executive and co-founder, Chris Sharpe commented: “Following a well-received second round of investment, we’ve been enabled to expand as a business and build out our team, platform and product. We’re extremely excited to see how Kinsu develops over the coming year, whilst championing our core belief that insurance is beautiful. We are building strong foundations in which to grow Kinsu in a way that will make people fall in love with insurance and make the world a little bit better along the way.”

Kinsu is targeted at the “socially conscious, millennial generation”.

For each policy, a contribution is made to rough sleeper charity StreetLink.

Kinsu is a B Corp, like US insurer Lemonade, and it is therefore held to rigorous standards of accountability, transparency and social and environmental performance.

Its policies are underwritten by Lloyd’s.

Users must be 24 or older to use the service and sign up to Kinsu by connecting their Facebook account to the app, which is now available on Android and iOS.

Customers can then take a picture of their items to be insured and fill in a few details to access a quote in minutes, according to Kinsu’s website. Payments are monthly, with the option to cancel at any time.