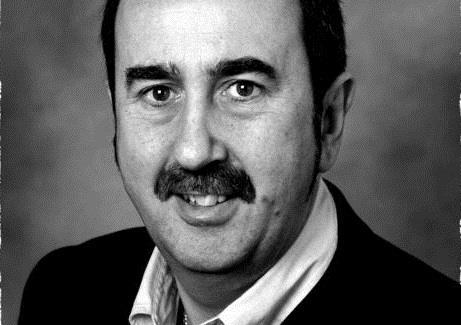 Many brokers could be forced to close after compulsory commission disclosure is brought in under the redrafted Insurance Mediation Directive (IMD II), brokers warn.

General insurance commission disclosure will be obligatory for all brokers from 2019/20, according to the new draft IMD published by the European Commission last week.

Bluefin chief executive Stuart Reid warned that IMD II was a “classic example” of European bureaucracy that would force brokers out of the market.

He said: “There is no customer desire for transparency of commission, and my main issue on that is that if you disclose commission as a broker, it puts you in a very difficult position when you’ve got insurers selling direct and not disclosing commission, because they don’t get paid any.”

Ataraxia chief executive Stuart Randall agreed: “I think it will hasten the exit of many brokers from the industry. When you have been through tough times for so long, this will be the last straw for many provincial brokers, who will say: ‘this is it’. You are going to see a flood of brokers leaving.”

Randall predicted that a surge in broker sales would push down their price, while some brokers could try to hide the true amount of commission they charge.

He said: “There is a suspicion that the bigger players - consolidators and nationals - will find a way to minimise the impact because they can employ people to find a loophole. The smaller broker is going to get screwed by it.”

Biba has also spoken out about commission disclosure, demanding that insurers should disclose details of remuneration when customers buy a policy direct, creating a “level playing field”.

Biba plans to talk to members to propose an alternative wording.

In a statement, the trade body said it was “extremely concerned” that the commission had ignored the views of the European Insurance and Occupational Pensions Authority (Eiopa), the Treasury, the FSA and all the leading insurance broking representative bodies in Europe.

Biba chief executive Eric Galbraith said: “Biba, alongside BIPAR [European Federation of Insurance Intermediaries], will in the coming months continue to actively promote its detailed views during the final stages towards the definitive adoption of the directive by the EU co-legislators, the European parliament and the Council of Ministers.”

Biba said it was pleased that travel agents and price comparison sites were included in the directive. It means both industries will have to show greater transparency when selling products.

However, the Law Society has backed mandatory commission disclosure, and has urged its members to question brokers on commission payments straight away.

Law Society head of regulation Elliott Vigar said: “By requesting information now from brokers on their total remuneration, including commission, our members can go into the professional indemnity (PI) insurance renewal period with a clear picture of what is on offer and make the right decisions based on having all that information to hand.

“There is no sensible argument for brokers’ commissions to be kept secret. Solicitors are no strangers to transparency requirements, so my advice to brokers would be to be as open as possible.”

The IMD II draft requires the UK government to ensure “the competent authorities” set up a system to encourage and protect whistleblowers reporting breaches of the new rules. Eiopa will also need to draw up a database of all UK insurance and reinsurance intermediaries.

IMD ii changes: rules will have a wide impact

● Cross-selling practices by brokers will have to comply with guidelines to be drawn up by Eiopa.

● IMD II will be extended to cover direct writers and some activities of aggregators.

● Loss adjusters will be required to have “appropriate knowledge and ability” under the new legislation.

● (Re)insurance intermediaries will be required to hold professional indemnity insurance covering the whole of the EU of at least €1.12m (£900,000) per claim, unless this is already provided for them by insurers or others.

● Tying - where a client can only get access to a particular service by purchasing another service from the same provider - will be banned. Bundling products is permitted, but customers will have to be told if they can buy them separately.