'Who is the real hero?' - Christian Majgaard asks the question at Insurance 2025

Former LEGO executive vice chairman, Christian Majgaard urged everyone in the room at Insurance 2025 to focus on “who the real hero is” as he delivered his keynote speech.

“I can’t tell you how many times I went to a toy convention, spoke with companies who were very happy with how they were doing, and how much they had sold. But all they could talk about was the retailers. 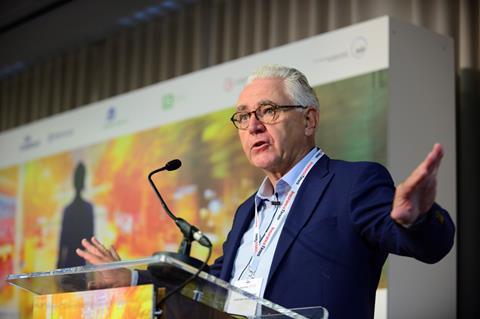 ”No. That is wrong. The real hero is the child. That had to be the first question and the first concern for these companies.

“Our first question when looking at new products was always ‘will it work in the hands of a child?’”

Introducing himself as an expert in branding and innovation, Majgaard defined an expert as ”someone who has made all possible mistakes within a narrow field.”

But he encouraged mistakes, he wanted companies to make mistakes, then not hide from them.

”Embrace failure,” he said. ”There is a tendency for companies to say ’go and make me a business plan first’. In this environment, it can be very hard to learn.

“I really like it when companies do small experiments, spend a little bit of money and just try to find out what it is you are looking for as a business. Then in one, two or three years, you have the expertise to make a strong business plan.

“But you can only understand by trying.”

Majgaard also urged marketing people, who are making presentations to company bosses, to not shy away from their mistakes.

“Stop with this polished surface. It is not true. We are not successful every day. It is a lie!

“Talk about your mistakes. People like hearing about other people’s mistakes, it is just how we are. But it also gives them the realisation that it is ok to make mistakes, then you can start working on a new strategy that will take you down the right path.”

Majgaard started at LEGO in the 70’s, joining straight from university. But he joined shortly after a major re-shifting of the business plan following a disaster at one of the company’s plants.

”LEGO was already up and running by the early 1960’s. It had a wooden toy department and a plastic toy department, as well as being a carpenter company and a seller of raw materials.

“In the late 60’s, the wooden plant burned down, which was half of the company’s range and revenue. But, through that, there was an opportunity to think of new things. They decided to scrap all wooden toys, and all plastic toys apart from the brick. Which was a very brave decision, to take 80% of your range away to just focus on one thing.” 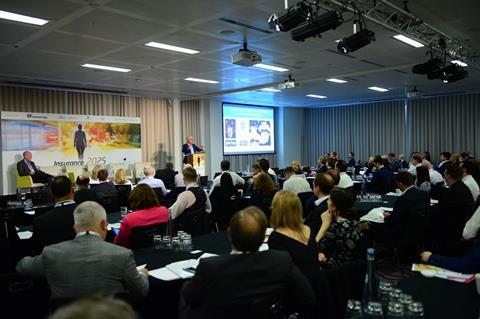 LEGO also experienced what Majgaard described as a “crisis” in 1990 when new technologies were being introduced, and in 2005 when Hollywood was starting to really pick up the pace of allowing movie characters to be made into toys, as well as a major changeover of management.

A change of attitude

Shortly after joining LEGO as a market researcher, Majgaard was given the task of finding out why sales numbers weren’t as good as they once were.

After some research, he found that the customer saw the brand as just a pile of bricks; almost as a raw material supplier, and they had enough lego to last.

But Majgaard said the attitude of the company completely changed from then.

The company tried to focus on ”selling the dream of what came out of the raw materials and creativity”.

That sparked ideas such as allowing people to buy at different price points or building theme parks around the world, with the first international park opening in Windsor, UK. And these parks would showcase what is possible with the bricks. Huge models of famous landmarks such as Big Ben and the Eiffel Tower were on display, wowing thrill-seekers every day.

Other ways which helped the company evolve include working with the Michigan Institute of Technology (MIT) to develop better toys and incorporate technology into its business model, partnering with Hollywood, which led to the company now being seen as a film franchise with instalments such as two LEGO movies and a LEGO Batman movie.

But Majgaard insisted that every move LEGO made had the same mentality and motivation behind it: “The child is the real hero.”

“Go and find your future”

Majgaard warned companies that sometimes when they think they are bringing something new, it is not necessarily ‘new’.

”You have to think if it is actually new. Or is it just new in your industry, or country, or just new to you? Sometimes the things that are new to us are not new to the world. They may exist in another context, but they exist, and that means we can go out and see it.

”My advice to you is: get out of the office, close the door behind you and go out and find your future. Because a lot of the things you are talking about already exists somewhere else.”

He concluded his talk by saying the mix of people within a company is vital when expanding and exploring new areas.

”The real breakthrough in management came when we brought people in who had done this before. Then, you mix them in with the people who already exist in your company, and that is the trick.

”That is when you get the right discussions going.”