Let's talk about IT 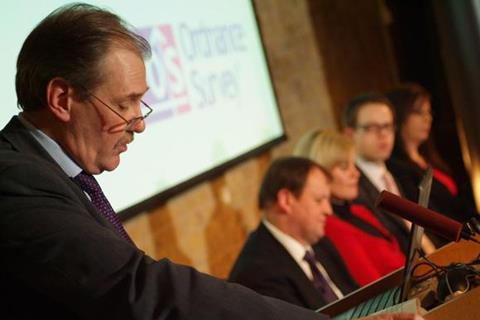 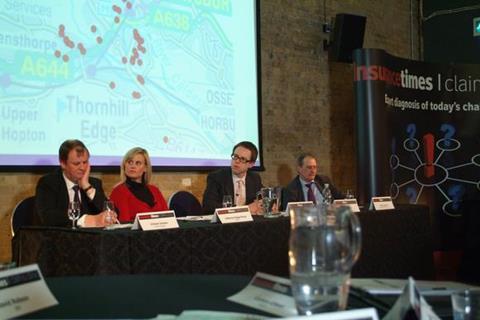 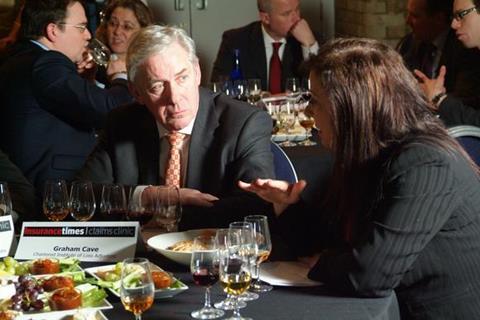 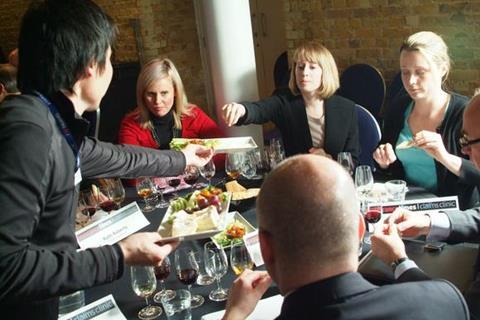 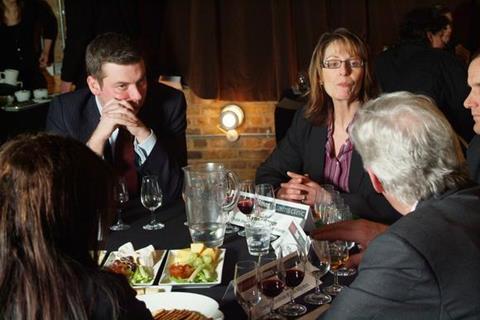 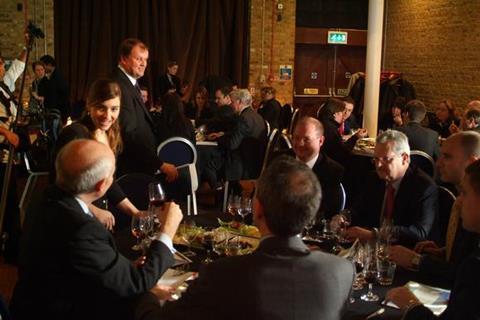 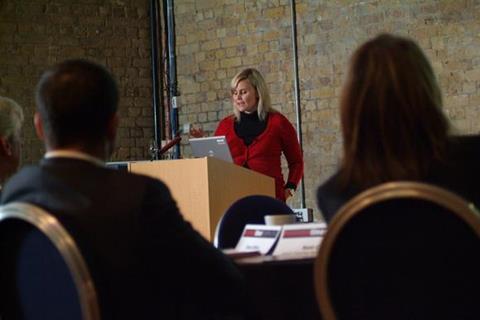 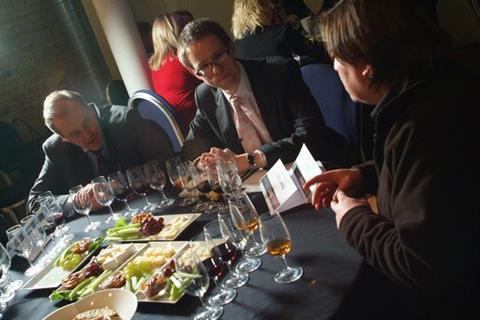 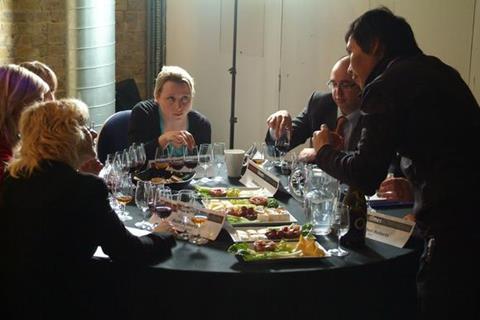 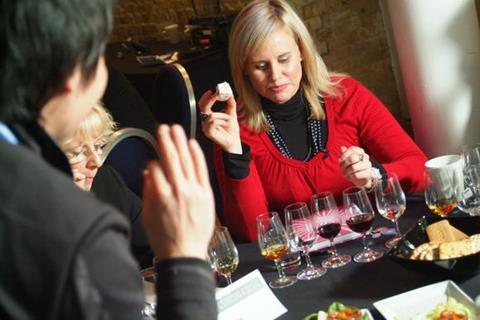 We’re in recession but this is still the right time to invest in claims technology. Lauren MacGillivray rounds up the discussion from the first Insurance Times claims clinic - and you can also watch live video highlights

The first Insurance Times claims clinic took place last month at the London conference venue, Vinopolis. Besides tasting some wine and a little whisky, the 25 delegates got the opportunity to talk with decision-makers in the claims industry.

The panel, chaired by Michael Faulkner, the research and markets strategy editor of Insurance Times, included Sarah Adams of Ordnance Survey, Neal Courtney of Belfor, Graham Jackson of IBM and Catherine Stagg-Macey of Celent. Panel presentations, followed by round-table sessions, led to lively debate about how technology and supply chains could speed up the claims process.

It helps to have a pair of eyes – or in the case of Ordnance Survey, hundreds of pairs of eyes – on the ground when investigating claims. Adams, insurance sector manager for Ordnance Survey, said the company’s 350 surveyors collected data every day.

As a national adviser to government, Ordnance Survey keeps a geographic database of the UK recording everything above ground – road signs, homes, shops and so on. About 5,000 changes are made to the database every day; 99% of changes are updated within three months.

So what does this mean for insurers? As well as its government work, Ordnance Survey also licenses data to commercial customers, including insurers. For example, it maps areas considered fraud hot spots and can map where a claimant lives – and where the claimant’s witnesses live. If they happen to be neighbours, the claim is considered suspicious.

Also, if an insurer suspects a claimant has provided a fake address, Ordnance Survey can provide a snapshot of his or her supposed neighbourhood. The insurer can then quiz the claimant with questions such as: “If you leave your house, turn left and walk 100 yards, what is the historic building on your left?”

“As many insurers move to outsourcing or centralising claims departments to increase efficiency and cut costs, the loss of local knowledge is beginning to impact the detection of fraudulent claims. Technology and, more specifically, a detailed understanding of geography can help replicate that local lie of the land,” said Adams.

Insurers are no strangers to using geographic data; many use post code information when determining risk, for example. But Ordnance Survey says it can provide more detail.

Stephen Roberts, head of UK claims for Brit Insurance, questioned the relevance of some geographical data. For example, he said evidence to show “fraud enablers” – those who receive a cut of the payout by helping a fraudulent claimant – would not necessarily be conclusive.

But he supported mapping a neighbourhood and then asking questions to check if the claimant lived there.

“We look at every risk we write and create a map or profile. We make sure to balance the amount of risk we have in any given place against the profile ... so at the front end, we’re very good.

“But when we get to the claims end, we’re not so good. We do post code all of our losses and take a look at all parties involved in the claim on a post code basis. But we tend not to take those extra steps [that Ordnance Survey explained] – particularly from a fraud perspective.”

In one case, Ordnance Survey worked with a local authority following a surge of slip and trip claims. Its data, once charted, showed that the claimants used the same GP, even though the doctor was far from where they lived.

“It’s clear that as the economy moves deeper into recession, only insurers willing to continue to invest in technology to improve back-office efficiencies, customer service and reduce fraud losses will succeed,” she said.

Who do you call?

There’s been a flood. The carpets, electronics and oak panel walls of a ground-floor office in Gloucestershire are badly damaged by water.

The first step is to call the insurer. But who will be responsible for the physical assessment, repair and/or replacement? Loss adjusters are often considered the project managers of disaster claims. But damage restoration companies are also involved.

There was a potential overlap of work, said Ruth Roberts, director of claims for CNA Europe. “Certainly with a lot of the big accounts we run, we make sure the local adjuster is fully up to speed on what’s going on. I would expect him to be in there advising the client, doing the drying out, advising where the best options are for repair and restoration. Why would I pay a restoration company to do what I’m paying him to do already?”

Neal Courtney, managing director for restoration provider Belfor (UK), said restoration companies did not do things that the adjuster had “intimate knowledge of”. They looked at the damage and interpreted it in a way that allowed the adjuster to assemble the claim.

Damage restoration, he said, helped to minimise the impact of fire, water and storms. If fire has damaged wood, for example, Belfor might be able to preserve it with a special coating while the claim is being worked on.

Sometimes, adjusters call in restoration companies; at other times, they are first on the scene. Either way, they need to be involved at the start so they have a chance to preserve anything that has been damaged.

Disaster restoration had followed adjuster trends, said Courtney, evolving from a reactive and regional service into an industry of far fewer companies and larger, national businesses.

He admitted that some insurers still regarded the restoration industry as “cleaning companies” but said this was changing.

“We’re introduced to most losses by loss adjusters so we have a strong working relationship with them. But we try to make sure the industry understands how we can be involved and what benefit we can bring to process.”

He said there was sometimes “a delay in the proceedings” that meant restorers got to losses too late. The need to be involved at the start was a message restoration companies were keen to get across to insurers.

Companies have two options for information technology during an economic slowdown: slash IT budgets or spend money on new systems that can cut costs.

His presentation was topical: in January, IBM was appointed to deliver the Lloyd’s Exchange pilot, which will use the Acord (Association for Co-operative Operations Research and Development) data standard. This technology allows risk information to be transferred using a single electronic messaging standard. Jackson also suggested insurers use pop-up, step-by-step instructions (through programs like Wizard) to input or extract information from old and current systems. Analysis tools and social networking were also useful.

“What makes [technology] an even more attractive area in the current economic situation is that there is scope to use it to exploit the data you already have, without the need to invest in heavyweight infrastructure,” he said.

Catherine Stagg-Macey, senior insurance analyst at Celent, urged insurers to “come to the dark side of IT” and embrace outsourcing.

“Now’s the time to look at buying outside applications,” she said. “The relationship has improved with the amount of investment that IT vendors have made in the insurance domain.

“Five years ago you were being sold a document management system by a company that knew nothing about insurance. Now, they probably have somebody who was a Lloyd’s broker, who’s been part of that market, and created frameworks, accelerators.”

She admitted that insurance investment in IT had changed in the recession; companies were not cutting budgets, but they had imposed tighter rules about how the money was spent.

“Governance procedures are changing to lower levels of spend,” she said. “Previously, say, if you did anything under £100,000 then no one would really care. And if it was over that, there’d be some sort of governance. Now if it’s anything over £50,000, you’ve got to go through a sort of steering group committee.”

Stagg-Macey suggested new claims technology would give insurers the chance to look at structures and staffing levels, which helped put them in better alignment with company priorities and skill requirements.

But she said there was an uneven use of modern claims technology. “Future developments will reflect this split. Some insurers will have to play catch-up ... Celent’s research shows investment in technology this year will continue, with longer decision cycles and more focus on the business case. Now is the time for careful, targeted investment in claims technology in your organisation.”

The next in our series of quarterly Claims Clinics is scheduled for 29 April. It will focus on personal injury claims