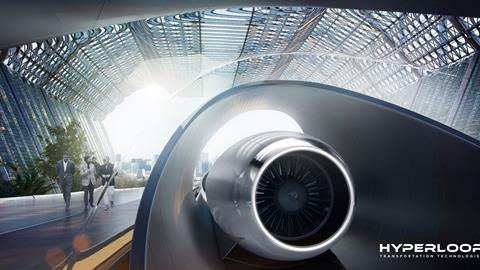 Munich Re has carried out a risk report on Hyperloop and concluded that the new high-speed transport technology is feasible and insurable in the long term.

It has set up a Hyperloop project team and aims to continue its partnership with Hyperloop Transportation Technologies (HTT).

Munich Re joins 800 experts around the world who are working together to develop the technology.

Talking about the partnership, Munich Re board of management member Torsten Jeworrek said: “The technology developed by HTT is set to fundamentally change the way we travel in future. Such technological shifts give rise to new insurance needs that demand innovative solutions – which our Hyperloop team is happy to develop.”

HTT chief executive and co-founder Dirk Ahlborn added: “As we approach the commercialisation of our technology, the creation of a new regulative framework is the biggest challenge. Being able to offer an insurable system is a huge milestone for this groundbreaking technology.”

The Hyperloop concept was first developed by a team working for Elon Musk’s company SpaceX. Musk is also known as the chief executive of Tesla, which in March announced a partnership with Direct Line.

It is a new form of high speed transport. Hyperloop cargo will reach high speeds using electromagnetic propulsion in a low pressure environment. Travellers and items will remain in capsules for the journey, which can be guided through the pod using magnetic levitation.

This technology will reduce the amount of electricity needed to produce high speeds, making it more cost-effective and efficient than current modes of transport.

HTT claims that goods and passengers will be able to travel 600km in just 30 minutes. This is the around the distance between Munich and Berlin or Las Vegas and San Francisco. Hyperloop One estimates that the time taken to travel from London to Ediburgh could be reduced to 41 minutes. It currently takes 2 hours 51 minutes on a train or 3 hours and 40 minutes on a plane.