Car insurance premiums plummet 8.4% in the past 12 months – Consumer Intelligence

Car insurance premiums have dropped 8.4% in the last 12 months, with the average policy costing £779 a year, according to new research from data insights business Consumer Intelligence.

Its Car Insurance Price Index revealed that one of the forces driving premiums down is telematics products.

The research showed that while telematics offerings have been predominantly been positioned for younger drivers, 20% of the five cheapest quotes for drivers aged between 25 and 49 now come from telematics firms, which is the highest figure recorded for this age group since the Consumer Intelligence first started collecting data in October 2013.

Furthermore, an uptick has occurred for the over 50s demographic - telematics products now account for 8% of the five cheapest quotes returned for this age group.

However, the increase in telematics products is not the only element affecting market premiums – regulation is too.

Harriet Devonald, product manager at Consumer Intelligence, explained: “We are seeing a downward trend for premiums across the board – in all of our age and regional segments – and it’s not just the uptick in telematics quotes behind the plummeting premiums. 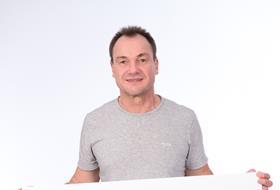 Read more…Mike Brockman: The future of telematics provides an ‘opportunity for brokers to flourish’

“With the FCA’s pricing remedies coming in at the end of the year, some brands are looking to gain volume while they can.

“Others [that] benefited from a quiet year of motor claims in 2020 have been able to pass savings onto customers, whilst other brands are following the market downward in order to remain competitive.

“It’s unlikely that this trajectory will continue as we move through the second half of the year.

“Once the new regulation takes force, we are likely to see a hardening market once more.”

Since October 2013, car insurance premiums have overall increased by 14.5% on average.

Despite this, prices have now decreased 18.2% from the pricing peak recorded in September 2017.

The cheapest premiums were calculated by comparing the prices offered for 3,600 people by all the major price comparison sites and key direct insurers.