Former Labour minister and director of Lloyd’s of London Lord Paul Myners has died at the age of 73.

Myners “passed away peacefully” at Chelsea and Westminster Hospital in London during the early hours of yesterday morning (16 January 2022), according to a family statement reported in The Guardian.

Born in 1948 in Cornwall, Myners began his career as a teacher and then a financial journalist before going on to fulfil an extensive career in financial services, including stints with investment bank NM Rothschild and fund management firm Gartmore.

The former minister also held directorships of companies including Lloyd’s of London, NatWest, Coutts and Co, the Bank of New York and Singapore’s sovereign wealth fund, as well as a membership at the Bank of England’s Court of Directors.

Just two weeks after the collapse of Lehman Brothers during the climax of the financial crisis in 2008, he was appointed financial services secretary to the Treasury. 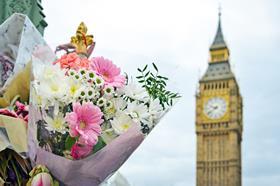 Following news of Lord Myners’ death, FCA chief executive Nikhil Rathi said: “I am saddened to hear about the death of Lord Myners.

“I had the privilege to work closely with Paul during the financial crisis and saw firsthand his ability to quickly grasp the enormity of the situation and navigate the whole system towards decisive solutions.

“He always expressed his views frankly and, in my most recent discussions with him, he continued to be motivated by the need to ensure the integrity of the financial system.

“I always appreciated his support and I offer my sincere condolences to his family.”