The government has promised to publish an operational review of the insurance premiums tax (IPT) over the next few months.

This is according to the chancellor, Phillp Hammond’s Spring Statement, announced on 13 March.

The review will call for evidence on where improvements can be made to ensure IPT operates both fairly and efficiently.

Under the wider heading of tax avoidance, evasion and non-compliance, and information from the Treasury, the statement indicates that the government is looking at specific issues regarding how to ensure relevant firms are registered for IPT.

As well as how to make sure loopholes are not being exploited to reduce the tax paid.

But the call for evidence is not due to be published until the summer.

The ABI said it will be involved as a key stakeholder in this call for evidence.

A spokesperson for the ABI, said: “Our understanding from Treasury is that their interest is in ensuring there is a level playing field for all firms expected to collect IPT, whether insurers or brokers, and that a call for evidence will be made in the summer.

“This review has been announced under a section of the Spring Statement focused on tax avoidance, evasion and non-compliance.

“Separately, we will continue to make the case that IPT is a regressive tax that unfairly penalises responsible behaviour by consumers and businesses and it should not be increased any further.”

Moreover, in the coming months the government will publish the “Future of Mobility: Urban Strategy” which sets out its approach to putting the UK at the forefront in this area.

It is a response to the changes taking place in transport technology such as electric vehicles, self-driving vehicles and progress in data and internet connectivity.

He said: “Driverless cars have the potential to reduce accidents, save lives and boost the UK economy, which is why AXA welcomes this commitment from the government [yesterday] to ensure that the UK remains at the forefront of this technology.”

Claudio Gienal, chief executive of AXA UK and Ireland, said he was in favour of the IPT consultation.

He explained: “It’s a transparent way for the insurance industry to present the negative impact recent rises in IPT have had on individuals, families and businesses across the country. Fairness should be the government’s objective and we look forward to submitting to the consultation in due course.”

Last year in June, the government increased IPT rate from 10% to 12%.

It took almost £6bn from IPT during the year ending 31 July 2018, representing a 22% increase compared to the previous year. 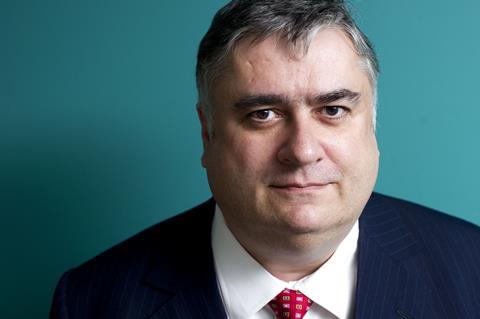