The HAG is a collective of Hiscox clients whose coronavirus-related BI claims were rejected – the group now represents more than 600 policyholders.

Led by film company Media Zoo, the HAG is arguing that their claims should be paid because Hiscox’s BI policy wording insures against financial loss arising from an inability to use an insured property due to ‘an occurrence of any human infectious or human contagion disease’.

Following this, in June, Mishcon de Reya formally began its arbitration claim against Hiscox Insurance on behalf of more than 400 policyholders – this seeks a pay out of almost £47m for HAG members’ rejected BI claims.

Initially, the HAG said that Hiscox refused to agree to the proposed expedited arbitration process, stating that it refused to take any action until the conclusion of the FCA test case.

However now, legal representatives from HAG and Hiscox have reached an agreement on arbitration. HAG members have the right to arbitration written into their insurance contracts, designed to provide a swift method of resolving claims disputes.

Richard Leedham, partner at Mishcon de Reya, said: “Today’s agreement is a significant moment in our pursuit of Hiscox Insurance.

“We are very pleased that they have overall agreed to our proposals for a simple way of moving forward the arbitration process. Having one tribunal will bring clarity, speed-up the action and provide consistent results for our members.

“The move will speed-up the action and provide renewed hope for so many small businesses throughout the country which continue to face financial hardship.”

The arbitration forms one route that HAG members are exploring. The group’s legal representatives have also intervened with the FCA’s test case, which heard at the High Court at the end of July. This presented defences from eight insurers, as well as accusations from the FCA on behalf of policyholders, and intends to clarify more than 50 policy wordings around BI cover.

HAG members are also seeking additional recompense from the 2015 Insurance Act, which it said is intended to penalise insurers for not settling legitimate claims swiftly.

Mark Killick, a Hiscox Action Group steering committee member, added: “[This] agreement is an important milestone in our campaign to force Hiscox to do the right thing and honour its obligations.

“Hopefully the agreement on the arbitration route will bring new momentum to getting a quicker resolution and ease further financial hardship on our members.” 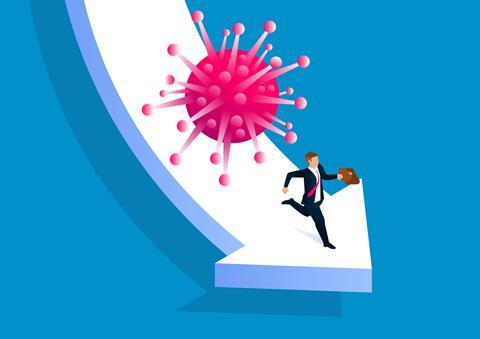